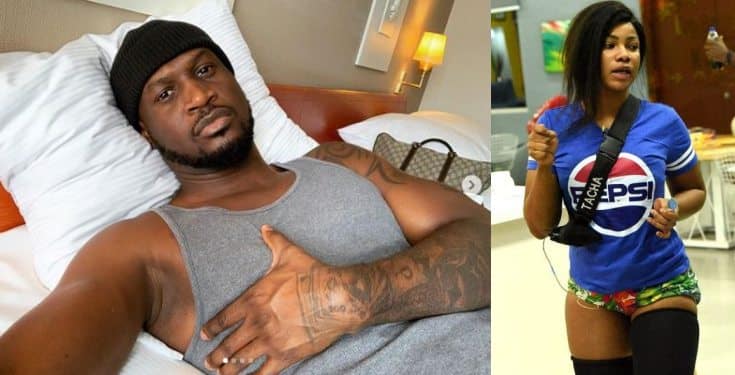 Moments ago, the most controversial housemate of the Big Brother Naija season 4 housemates, Tacha was disqualified for physical violence during a fight with fellow housemate, Mercy.

Mercy, on the other hand, was issued two strikes by Big Brother for not stepping away from a volatile situation.

The latest development in the Big Brother house has set social media agog with some Nigerians taken to social media to remind Peter Okoye to fulfil his ‘promise’.

Recall that Peter Okoye of defunct Psquare in an Instagram live video was said to have promised to give Big Brother Naiaja housemate, Tacha the ’60 million Naira’ prize money if she doesn’t win the show.

See their comments below; 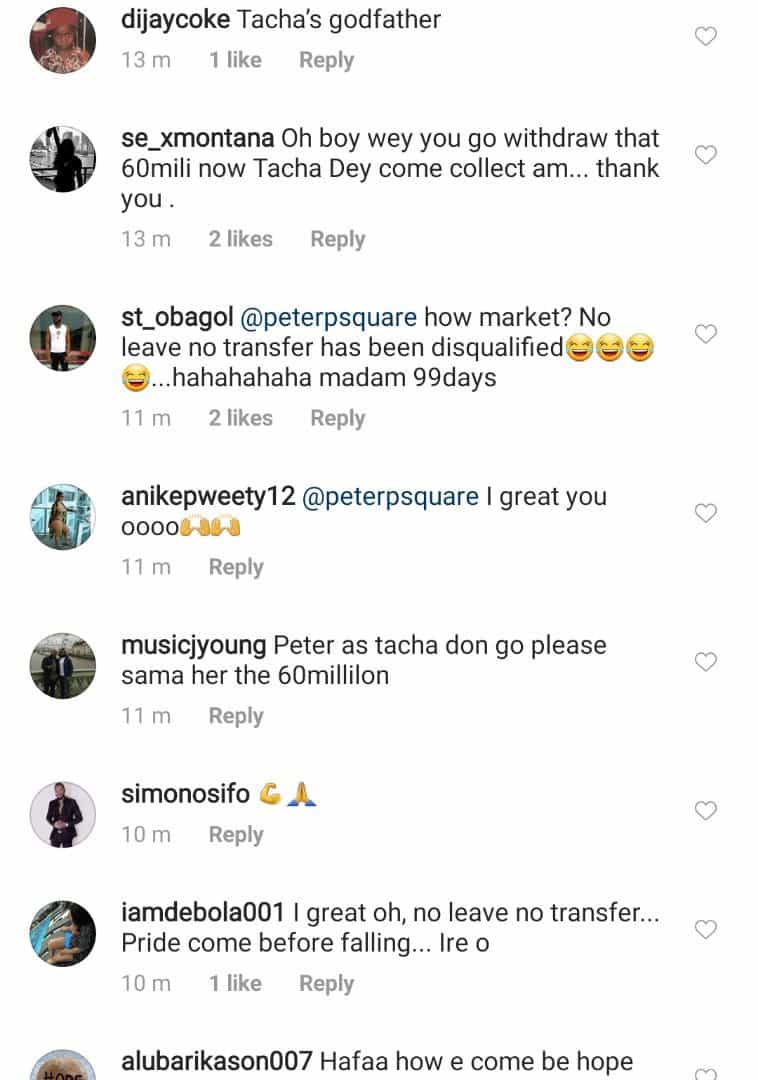 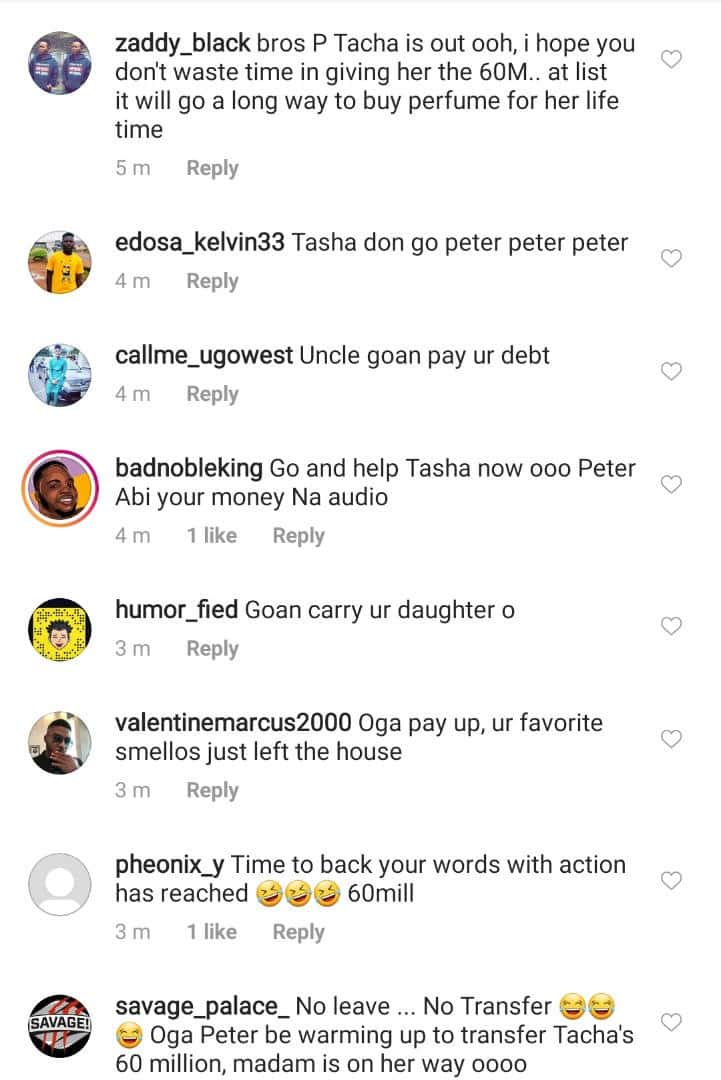 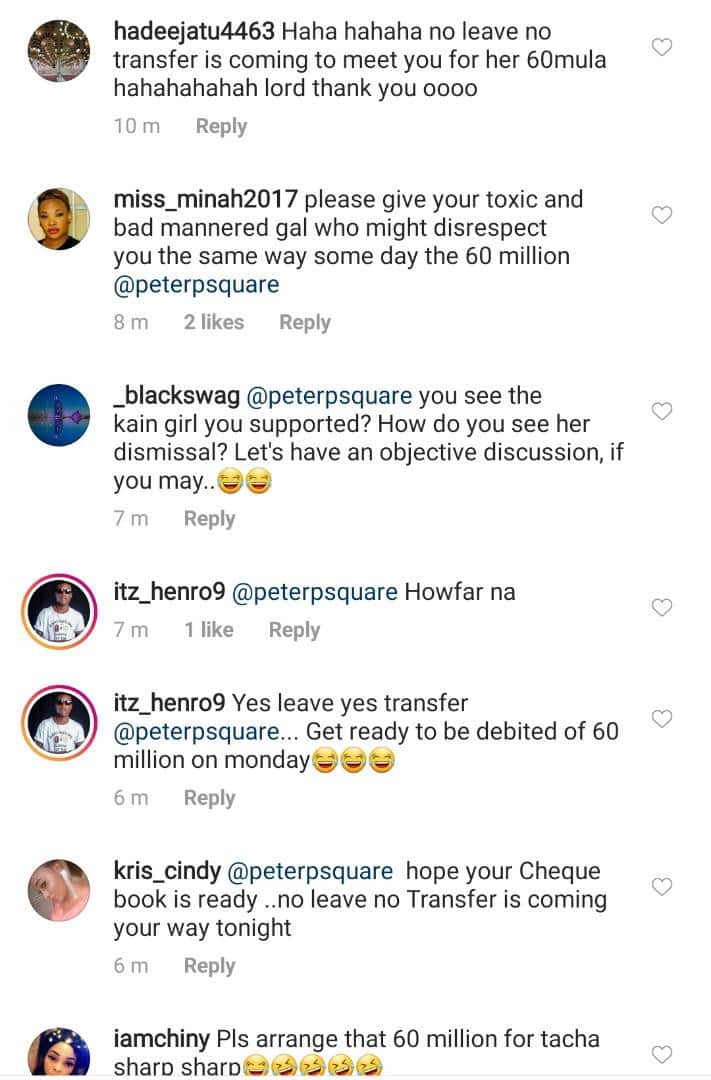 Where is Peter Okoye? Now is the time for you to give Tacha the 60 million you promised 🤣🤣 #BBNaijaEviction #bbnaija

Team tacha look what i came across 😍😍😍💃..#bbnaija pic.twitter.com/MDcN9MD6mf

Peter Okoye should get ready to give Tacha the N60 million he promised her.

Oya Peter okoye give the 60 million she should finish the remaining 10 days in your mansion #BBNaija pic.twitter.com/p9BrPS58nZ