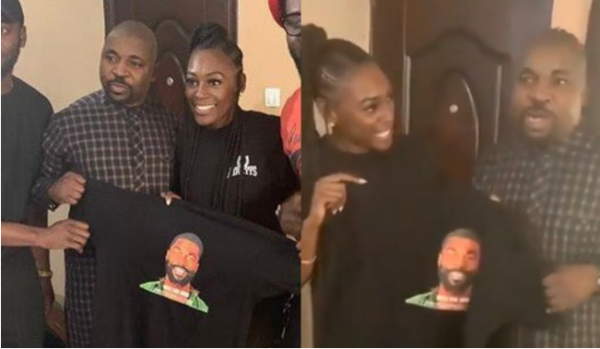 Lagos socialite and caretaker chairman of the National Union of Road Transporter Workers(NURTW), MC Oluomo real name Musili Akinsanya has called on Nigerians, especially Lagosians, to vote massively for BBNaija finalist, Mike, as the show draws to its tail end.

Oluomo made this known while playing host to Mike’s wife, Perri Shakes Drayton, who arrived Lagos on Thursday, as part of efforts to solicit votes for her husband.

A winner is expected to emerge on Sunday among the five finalists namely: Seyi, Mercy, Omashola, Frodd and Mercy