BBNaija: Pere playing a script, not like this in real life – Uti Nwachukwu

Nigerian entertainer, Uti Nwachukwu, has said that BBNaija housemate Pere’s behaviour last night with Whitemoney might be a script or part of his strategy in the house.

Uti, on his Instagram page, noted that although bullying is unacceptable, Pere is not this way in real life.

Uti went ahead to cite three scenarios to show Pere might be acting.

His post read: “I love my friends and they know I am NOT one to sugar coat the truth.

“Bullying is totally unacceptable. It doesn’t matter who you are or where you have been, Each Human being deserves to be treated with optimal respect regardless of what ever opinions you have of them “Now TO ME, at this point there are 3 likely scenarios; Either Pere is playing a script as one of the wildcards to create drama (like he said in this intro tape) OR, He is playing a Ruthless game where you taunt your opponent till they lose it and take themselves out OR, The tension in the house has gotten to Him and his response is to Intimidate (fight or flight). Because the Pere I know in real Life would NEVER DO THIS TO ANYONE.

“He, however, noted that regardless of any game plan, Pere’s behavior is totally Inexcusable IN A REAL LIFE SITUATION. “In All let Love Lead please, I love @whitemoney__ & @pereegbiofficial and I hope/pray they mend fences.” 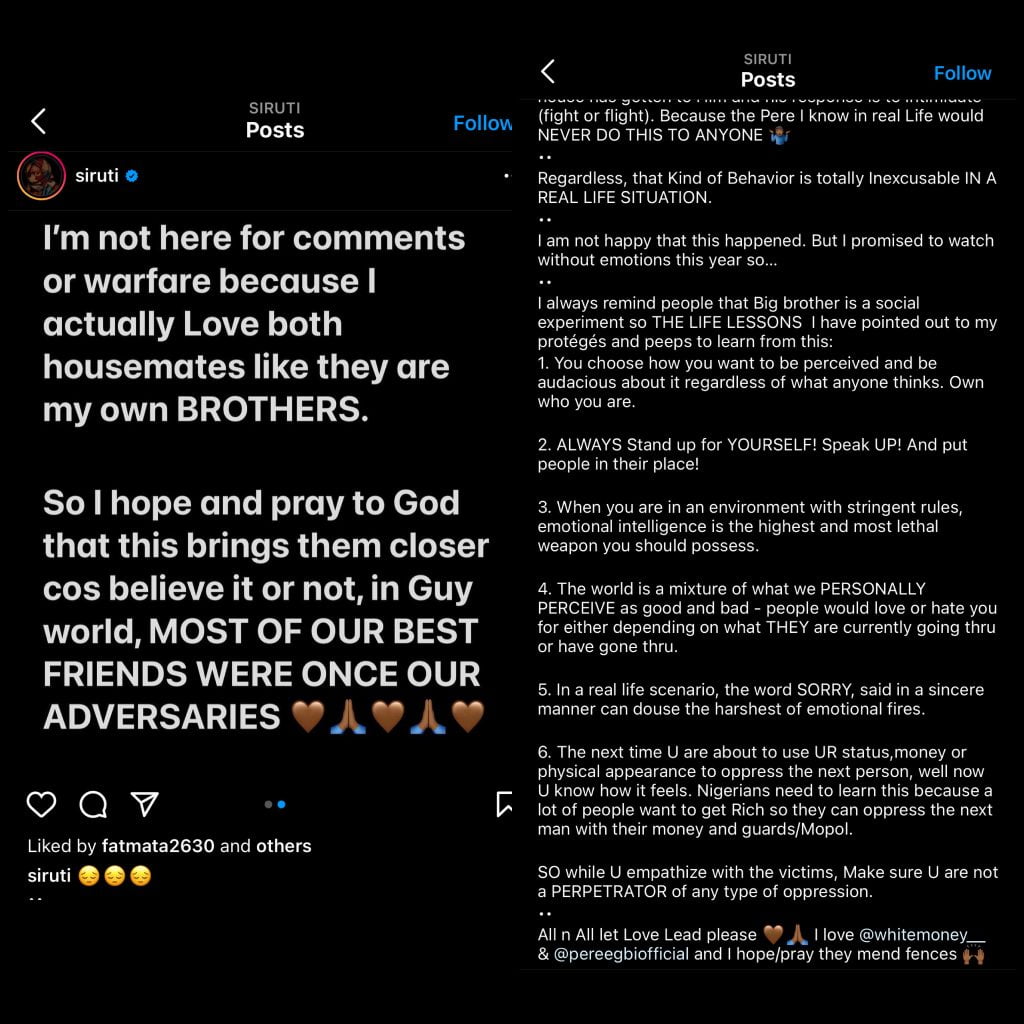 BBNaija 2021: He knew I was wildcard from outside – Pere explains dislike for Whitemoney

BBNaija: Pere playing a script, not like this in real life – Uti Nwachukwu