BBNaija: ‘Seeing you with other guys gets me jealous’ – Seyi tells Tacha 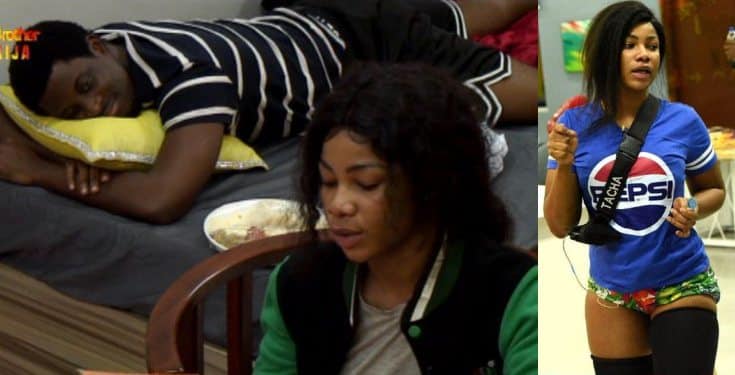 While the chemistry between Seyi and Tacha continues to grow, he has revealed that he gets jealous when he sees her with other male housemates.

Over the past few weeks the duo have continued to trend after they were both issued fake eviction and spent few days in the secret room together.

The secret room bonded them and a consecutive matching in a similar group for weekly tasks appeared to be something beyond incident as feelings and emotions boom.

It is no longer a secret that Seyi developed a soft spot for Tacha, as he has now revealed to her how jealous he was during the week, whenever he passed and saw Tacha gisting with others.

He added that he only pretended like he was not moved, but deep down he was jealous.

Seyi further stated that he won’t invite anyone to his room again if he should win HOH again.

Just recently, the housemates were seen hugging each other passionately at the luxury Head of House (HOH) room.