BBNaija: Seyi Apologizes For Saying ‘Thelma’s Prosperity Has Gone With Her Late Brother’ 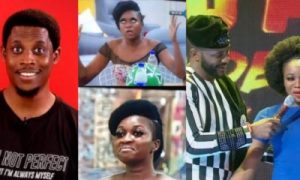 Recall that Seyi Awolowo told Thelma during their stay in the house that her late brother has taken her glory with him to the grave, well he has finally issued a public apology over his outburst.

Speaking during an interview with Ebuka on Monday evening, Seyi said it was the dark side of him that abused some housemates while on the show.

Read Also: Teddy A Slaps Seyi For Getting Too Close To Bam Bam While Snapping Picture (VIDEO)

“That was the dark side of me when I abused some housemates.

“I did not speak directly to Thelma but I apologize to Thelma for the insult and also to Frodd.”