BBNaija: “She is a walking time bomb” – Jackye reacts to Tacha’s disqualification 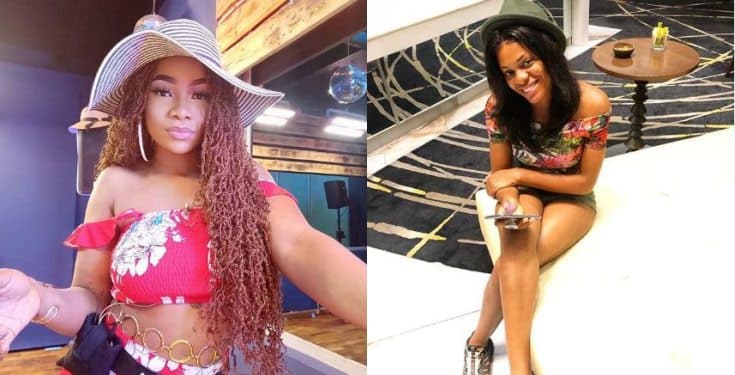 Ex-BBNaija housemate, Jackye has just reacted to the disqualification of Tacha reality show. Recall that Tacha was disqualified for physical violence during a fight with fellow housemate, Mercy. 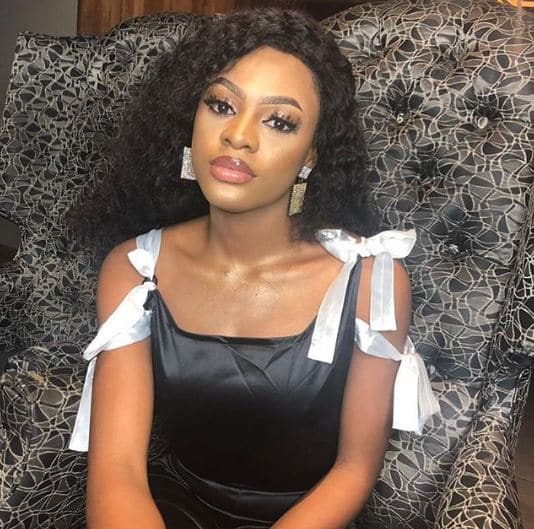 According to Jackye, ‘when I said she’s a walking time bomb you all trolled me.Now, she didn’t see the 99th day she always wanted. Anyways I wish her all the best and I hope she becomes a better person’. 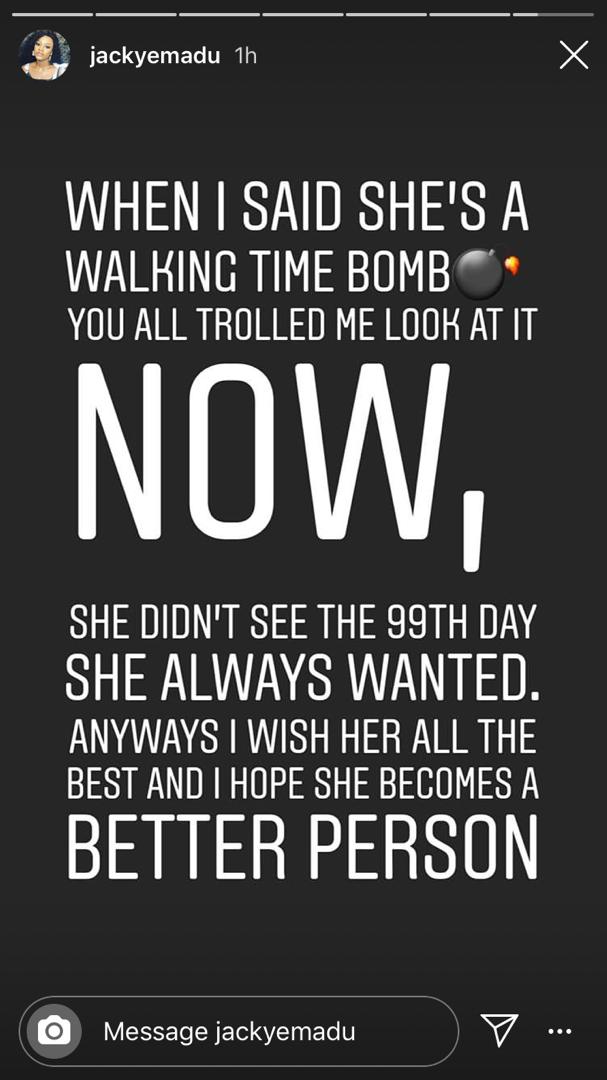 It should be recalled that while she was in the house, she’d somewhat accused Tacha of being fetish and as a result, they never got along in the house.

As the rest of Nigerians are not necessarily fazed by the news, save her fans, the software engineer also doesn’t seem surprised as she says she saw it coming and she wishes the best for her as she leaves the house.