After the selections, the green team chose to be called, ‘The Enigma while the red team will be called the Legends.

The housemates were nominated after an arena game challenge between two groups, the Enigma and the Legends. 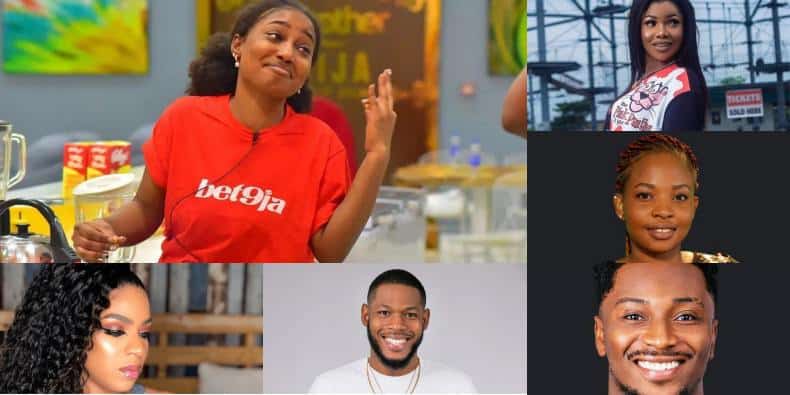 The two groups were told to move cotton balls to a plate using a spoon. The group with the most cotton balls in their plate emerged winner.

After the game, the ‘Legends team’ were defeated during the challenge.

Ike, who won the veto power on Sunday saved Omashola and replaced her with Cindy from his team.

Here are the housemates up for eviction: Frodd, Esther, SirDee, Tacha, Venita, Cindy.