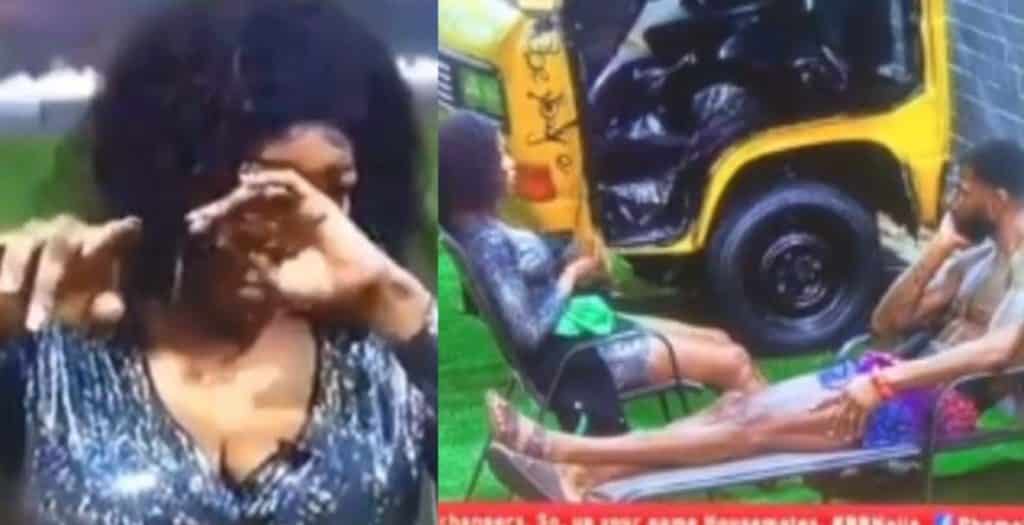 Hours after Tacha got back into the house with Seyi following their fake eviction on Sunday, she had a heart-to-heart conversation with Mike over their stand-off on Saturday.

We reported earlier that after Tacha got back into the house, Mike told her that a part of him and other housemates were excited that she left. He added that he hopes that all that happened taught her to be humble.

“Tacha before you left, I am just going to keep it 100% . I am not going to lie. I did not like your energy at all. Not one bit. It was completely unacceptable in my eyes and I feel like when you did leave, a part of me was actually elated. I feel like some of the energy that you carry around here was only going to affect you and I hope that this little break that you’ve had and you being back here has humbled you in some shape or form because I am not going to lie, every can confirm that we felt a certain way when you walked out and you being back now, I am not going to lie, its a surprise and I hope that you being here we can go on and have some better time and no more face mask” he said.

ALSO READ:   Bbnaija: Frodd Comes To My Office To Sell Properties To Me – Ubi Franklin

However during their private conversation which ended up in apologies from both sides, Tacha told Mike that it’s quite unfair for him to ask her to become another person. Tacha recounted some challenges that made her become who she is perceived to be, but promised to become a better person. She also apologized to Mike for disrespecting him.