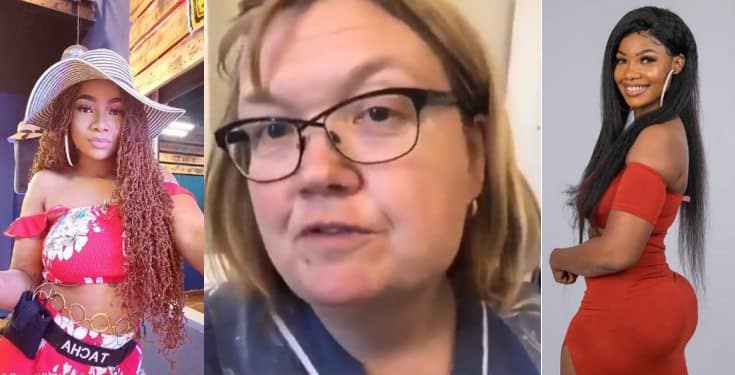 A video which is making rounds on social media shows a yet to be identified white lady campaigning for controversial housemate, Tacha after she was nominated for eviction.

In the video, the lady can be heard saying, “Vote for Tacha.”

Watch the short clip below:

Queen Tacha is worldwide
Give it up to the global queen Tacha
Listen to this 😊😊😊🙌#BBNaija @Symply_Tacha @BBNaija VOTE Tacha to 32052 😊 pic.twitter.com/jl8ebxcwqC

The video has got responses from some Twitter users who were surprised at: 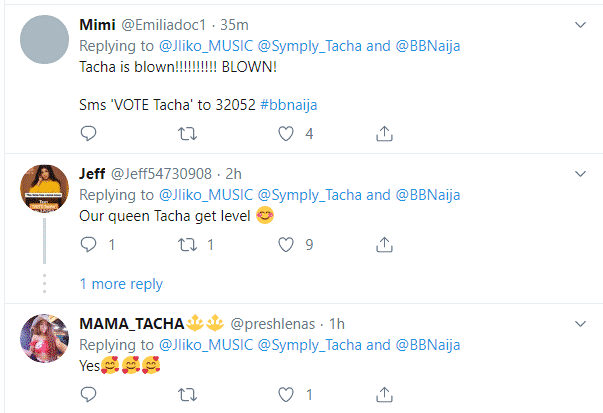 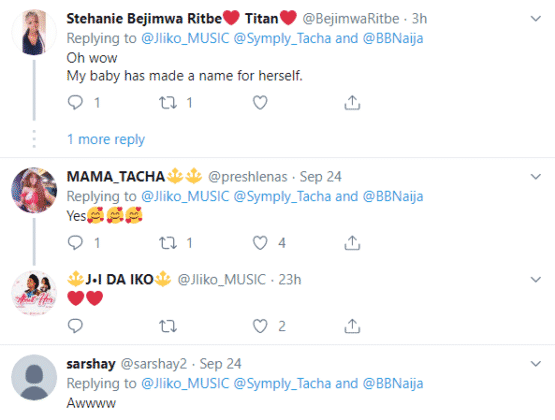