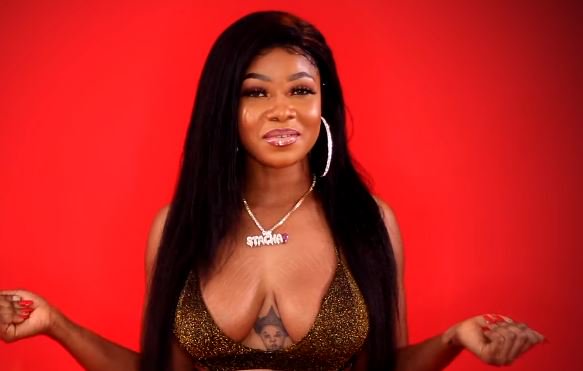 Another intriguing nomination challenge held at the Big Brother Naija ‘Pepper Dem’ house on Monday night. During the veto power challenge on Sunday night, Biggie dissolved the existing teams, Cruistopia and The Icons and set new rules and new teams.

Based on that, new teams Enigma and Legends were formed. Members of the Enigma team are Seyi, Mike, Mercy, Elozonam, Diane, Ike and Cindy while members of the Legend team are Tacha, Omashola, Frodd, Esther Venita, Sir Dee and Khafi.

Team Enigma emerged winners after having the highest cumulative number of cotton balls picked with teaspoons from the bucket into the plate. The Legends lost out in the challenge, which makes them automatically up for eviction.

Ike, who won this week’s veto power, was asked to save someone from the nominated team and replace with someone from his team. Ike saved Omashola and replaced him with Cindy. With this the Housemates now up for eviction are Tacha, Sir Dee, Esther, Frodd, Venita and Cindy.

Earlier in the day, Khafi won the Head Of House challenge after battling it out with Ike, Frodd, Venita and Seyi and was automatically exempted from nomination.

Voting for this week is officially open! Fans can now vote for their favorite housemate to stay in the Big Brother Naija house via SMS by texting VOTE and the NAME of the HOUSEMATE to 32052. Fans can also vote for free on the website and mobile site – africamagic.tv/bigbrother. With the MyDStv & MyGOtv Apps, fans can get additional 100 VOTES for their preferred housemate.