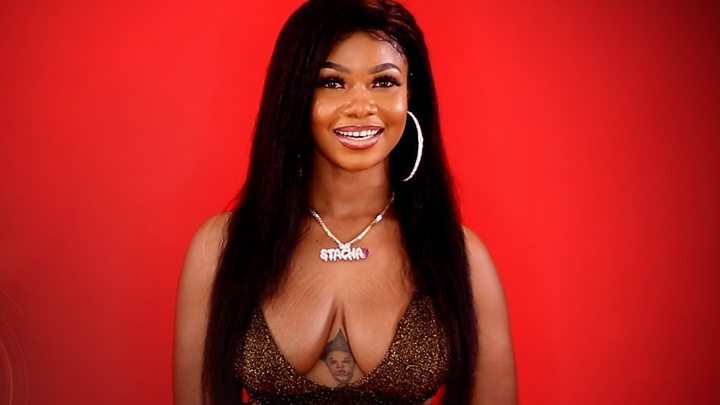 For viewers and organisers, the end of the most popular TV reality show, BBNaija ‘Pepper Dem’ season is here and fingers are crossed for the one who would take home the grand prize.

However, disqualified BBNaija housemate, Tacha has written a beautiful and emotional message to the five finalists.

Sharing via to her  Instagram page to express, she wrote on Seyi: ”You are a crazy cool guy, we had a lot of ups and downs but I believe we bonded along the way”.

On Mercy, she said:” I love to think we had a unique relationship. I genuinely admired you.Yes, our relationship may not have been as close and interesting as it should have been due to obvious reasons of being alike and trying to avoid having one or two clashes here and there”.

For Mike, she said, “ You are an intellectual, the cigar boss himself, never to be caught unfresh. ”

“Only one winner can emerge but everyone that got a chance to step into that house is a winner. I had a beautiful and amazing experience this year that I would never trade for anything”.