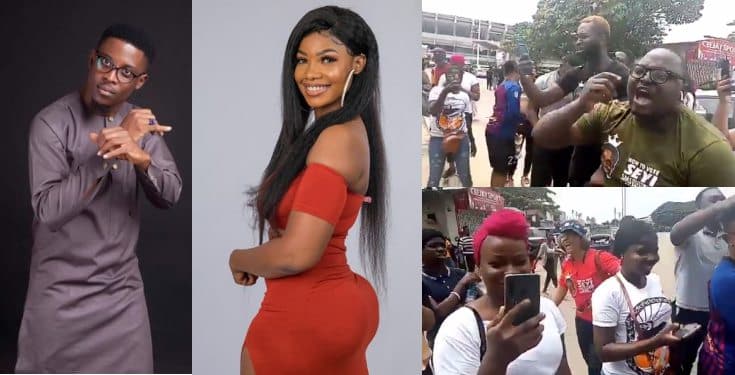 The management of Teslim Balogun stadium, Lagos have sent out the supporters of Big Brother Naija (BBNaija) housemates, Tacha and Seyi.

According to a video shared online, the supporters of both housemates clashed over banners as they pulled crowd with their actions.

Report says that the fans of Port Harcourt first daughter arrived the stadium first with their banners after which Seyi’s supporters came with theirs.

While team Tacha screamed “up Tacha” Seyi’s supporters could be heard shouting “who is Tacha, Go Seyi Awolowo”repeatedly.