BBNaija: What I’ll do to any male housemate who makes move at Mercy – Ike 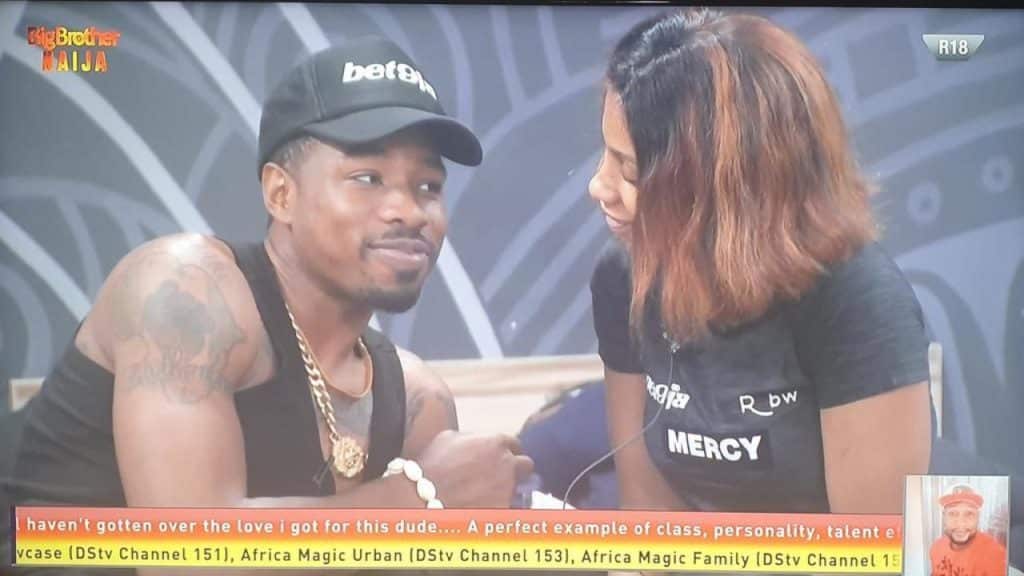 Big Brother Naija, BBNaija housemate, Ike has threatened to deal with any male housemate that tries to get close to Mercy.

Ike professed his love for Mercy and she reciprocated maintaining that although she loves him, he needs to know that his parents love him more than she does and he has to open up his mind to love them in return.

Ike speaking with Mercy and Esther said he would deal with anyone who tried to come close or have a relationship with Mercy if he’s evicted on Sunday.

“If I get evicted and any guy comes close to Mercy, I will run the guy down outside the house.

“There are no rules outside the house, if you do anything, when you come out, I’ll face you,” Ike said.

Please Share this on:
“If you are broke, don’t make empty promises” – Erica’s fan, Bobrisky drags car dealer, Chidi over N2million promise to her (Video)