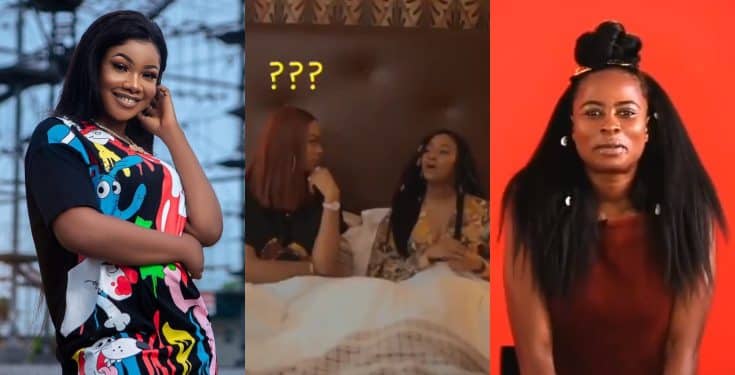 The Pepperdem tussle between the female housemates of the 2019 Edition of the Big Brother Naija gets more interesting as popular Instagram slay queen, Tacha was accused of having body and mouth odour by evicted housemate, Ella.

This was revealed by Kim Oprah in an Interview were she talked about some happenings in the house that never got to public space.

The evicted Big Brother Naija housemate, revealed how Ella told her that Tacha had either body odor or mouth odor because a “provocative smell was coming from somewhere”. She however feigned ignorance of noticing it.

KimOprah: Ella was saying something about Tacha having body odor or mouth odor.