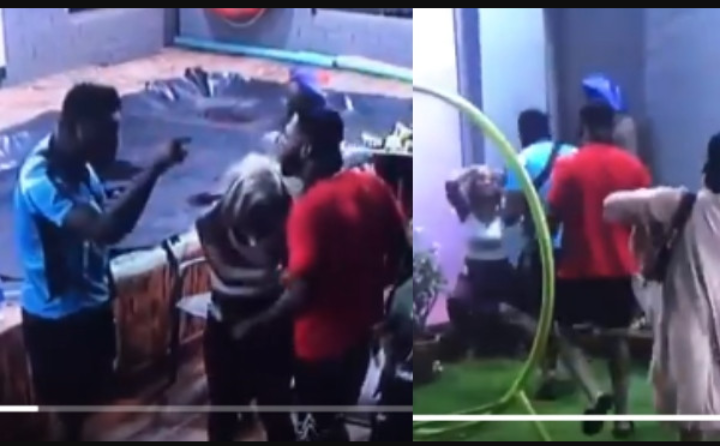 Esther, who is the Head of House, is celebrating her birthday today, and in the spirit of celebration, she would be getting a birthday cake from Biggie later in the day.

Frodd, who is sharing the HoH room with Esther, went out big to celebrate his friend’s birthday as he staged a fight with Sir Dee.

The prank was pulled off when housemates of the reality show rushed out to the outdoor arena after Frodd and Sir Dee got on top of their voices while “quarrelling.”

While trying to resolve the “misunderstanding,” the two housemates broke out with a birthday song that left Esther stunned.