#BBNaijaFinale: Check out the N60million worth of prizes for the winner of the 2019 ‘Pepper Dem’ Series.

Big Brother Naija 2019 grand finale is in a few hours and the winner is certainly going home with N60million worth of prizes.

MultiChoice Nigeria has also raised the stake this year, for the winner of the Big Brother Nigeria (BBNaija) pepper dem series. 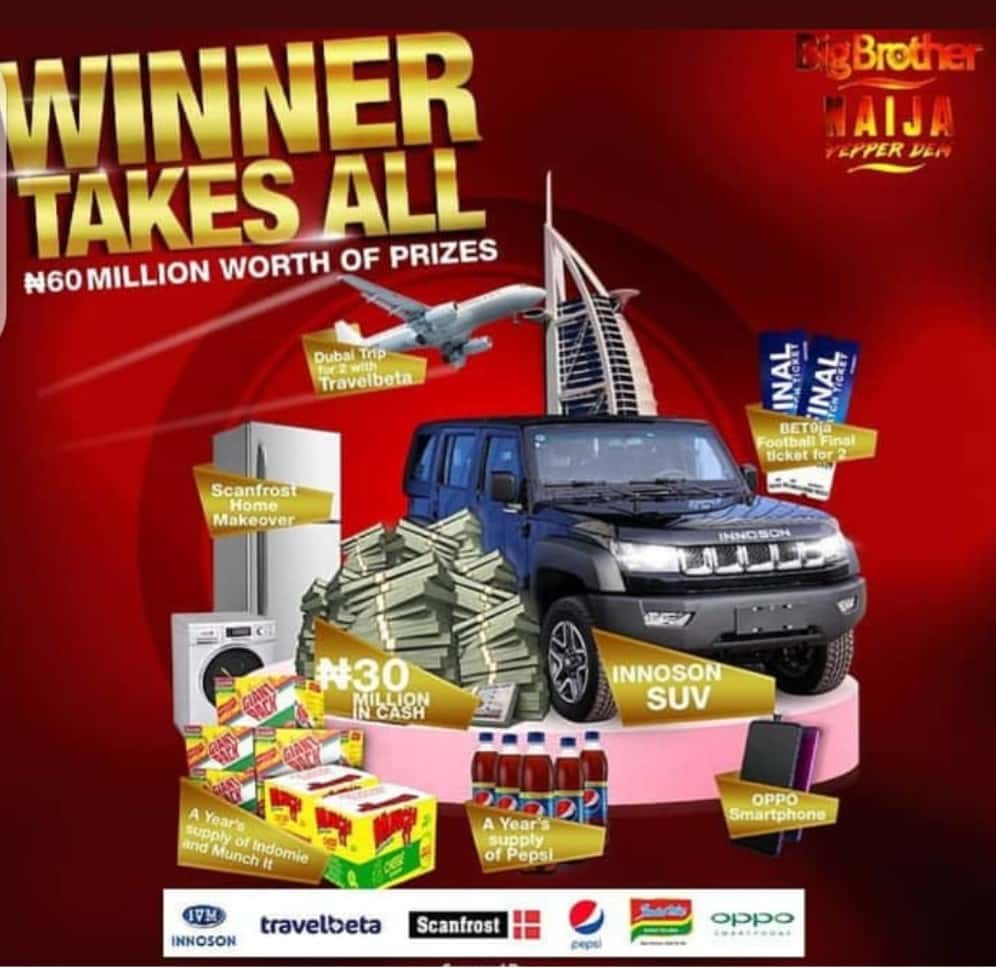 It might interest you to know that, the prize worth N60 million includes; N30million cash prize; an SUV from Innoson Motors; a trip to Dubai for two, packaged by TravelBeta; a home make-over courtesy Scanfrost; a year’s supply of Pepsi and One Africa Fest VVIP experience; a year’s supply of Indomie Noodles and Munch It; and a brand new Oppo mobile smartphone.

This season’s grand prize is an increase from the previous edition, which saw Miracle Ikechukwu Igbokwe walking away with N45m worth of prizes.

“Each edition of Big Brother Naija significantly improves on all aspects of the previous season and this year is no different. The winner of season four will walk away from the house with a N30m cash prize and a top of the range SUV among many other exciting prizes. The Big Brother Naija winner will also emerge as the most popular and marketable personality on the continent, as the show is known to launch prominent careers in arts, entertainment and other supporting industries.”