BBNaija’s Angel Called Out Over Non-Payment Of Salary 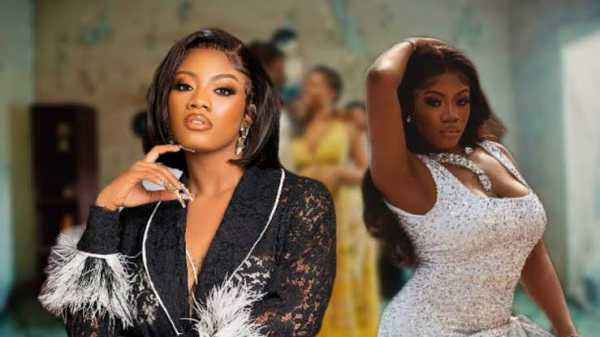 Angel Smith, the 2021 Big Brother Naija (BBNaija) housemate, has been dragged into the mud as her former social media handlers call her out for unpaid debts.

A couple of hours ago, A lady identified as [email protected] called Angel out for refusing to reveal her sister, thatsapphire as the handler of her social media accounts while she was in the house.

According to her, her sister had toiled to clean up Angel’s image and was been rewarded with lawsuit threats.

She also claimed that the reality star refused paying her sister money.

Using several unprintable names, she took swipe at her and her parents, who she claimed never contributed a dime to their daughter’s success..

The Lady wrote in a message sent to Instablog9ja;

Yeah, my recent tweets have been about @theangeljbsmith whose account was handled by my sister @thatsapphiree while she in the house.this razz babe flat out refused to do the agreed handler reveal and doesn’t want to pay either and she wants to sue. Sue you fucking idiot, next thing they’ll come and yarn that her mental health se kinikan as per my sister’s mental health doesn’t matter? You, that your midget manager named Lola, and that broke boi cry baby – Foresythe with the itsy bitsy teenie weenie winner, please sue.

“This babe went into the house with literally zero coordination..I don’t need to yarn much about the work the handler put in cos we all saw it. To think you’ll finesse your way out of putting fucking tweet recognizing my sister as war? Nah, this Werey want touch me..if you no sign contract no too put your mind or energy for the thing even if na your maniest guy? Cos why is my sis fighting online with someone who was cursed by buju and a babe who lies about being born rich but her dad contributed less than $100 to her entire BBN campaign? The mom too is sending talmbout “my daughter just had to be rushed to the hospital, be prepared for whatever…”alaye no dey yarn me about her mental health, no be her mate dey craze? Let’s even assume they didn’t have a contract signed beforehand when you look thru how my sis and her team toiled to do image clean up for this rachet babe, you’d expect that the least she’d do is a handler reveal.

“Costs you approximately zero naira to do so. I can cheat you finessing my sister cos you guys didn’t have a binding agreement for her go be your sm person.coolios.but your mum (or someone who claims to be her)spent her days as emosl#t posturing that her dad has no money, oya let her dad produce receipts of all his donation to her campaign and this aside from said mam almost ruining her or teams efforts cos he can’t shut the fuck up……”. 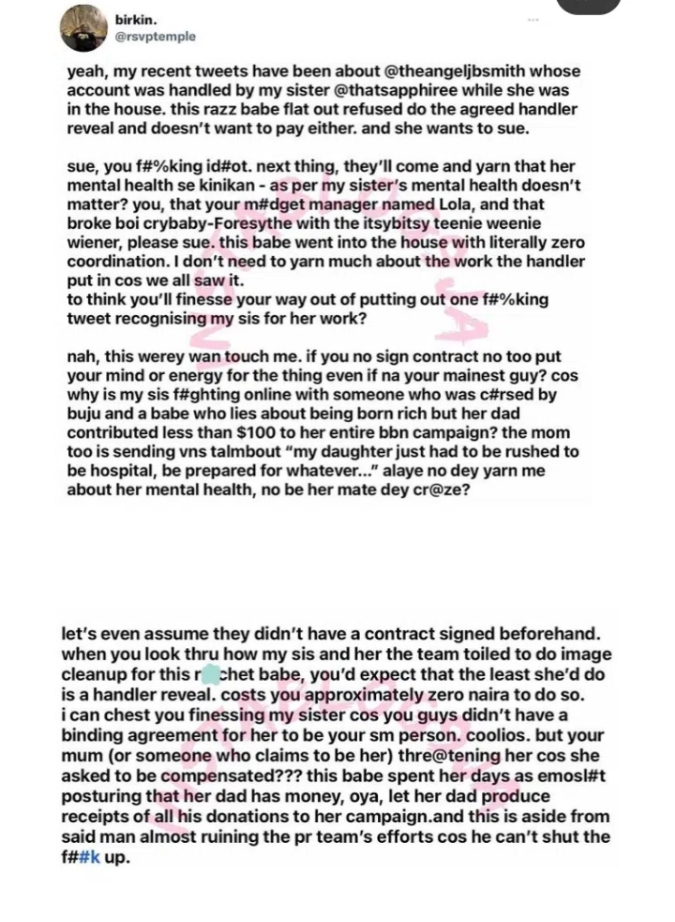 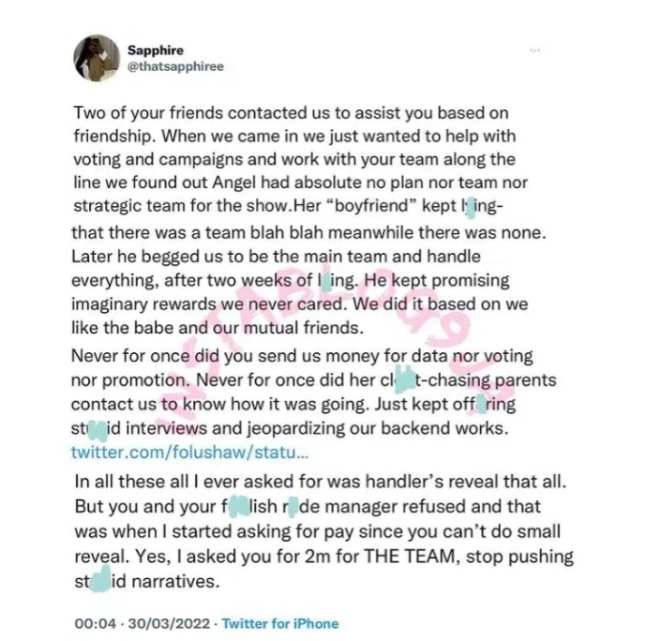 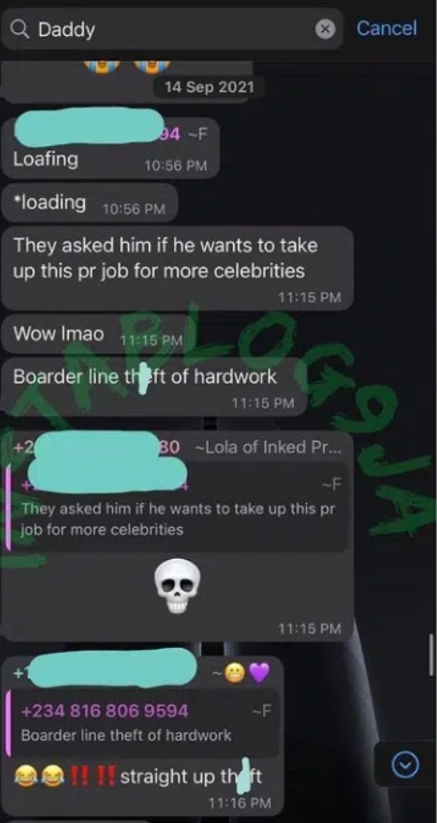 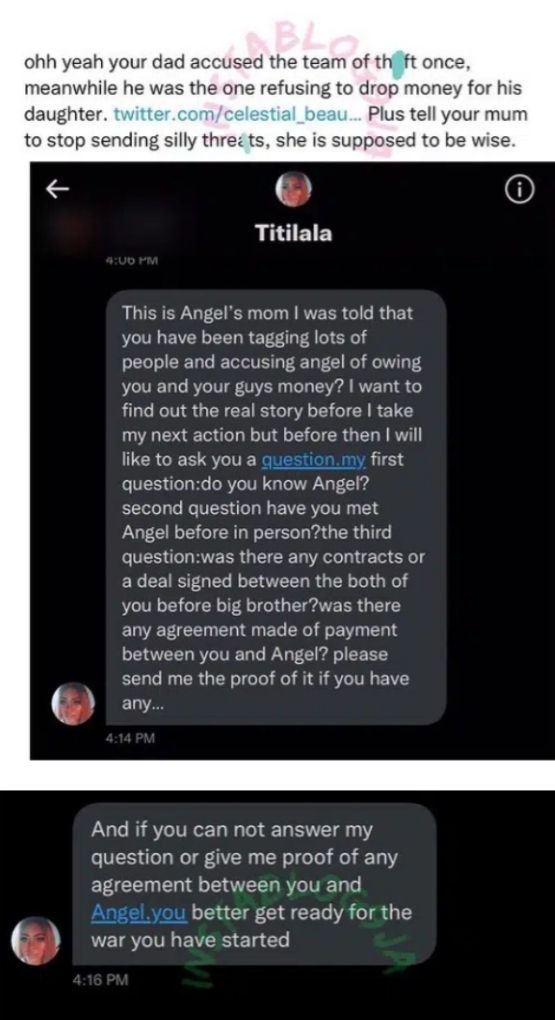 The post BBNaija’s Angel Called Out Over Non-Payment Of Salary appeared first on Information Nigeria.