BBNaija’s Khafi May Be Sacked By U.K Police For Having Sex On Reality Show 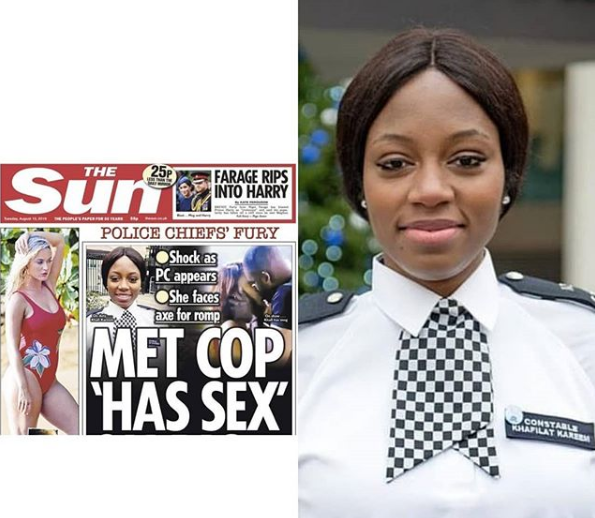 BBNaija’s Khafi Kareem, who is also a Metropolitan Police officer in the UK, is reportedly on the show despite her boss not granting her permission.

The Sun reports that Scotland Yard said it never granted Kahfi permission to appear on the show, adding that an internal investigation would be carried out.

ALSO READ: BBNaija 2019: Khafi And Genodi Always Made Us Run Out Of Condom Due To Their High Sexual Activity – Thelma

The 29-year-old since appearing on the show has had sex three times with fellow contestant, Ekpata Gedoni, 31.

One of Khafi’s colleagues was quoted as saying: “She’s a serving British police officer — it’s outrageous.

“She asked permission to go on the show but, when her request was refused, she went anyway. Other officers working with her are furious that she can just disobey orders and tarnish the reputation of the force.”

A spokesman said: “The Met does not support the officer’s appearance nor does she represent the Met whilst appearing on the show.” The force added that any officer found to have breached police standards of professional behaviour could face misconduct proceedings.”

Please Share this on:
#BBNaija: Ozo gets evicted from reality tv show