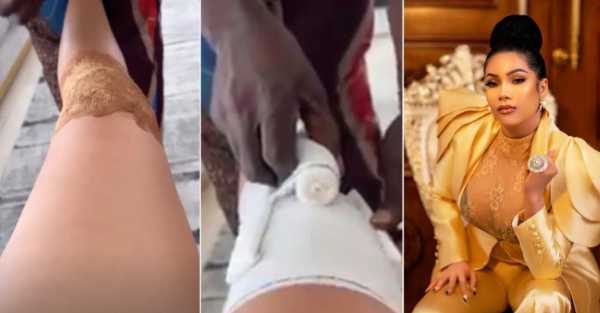 Taking to her Instagram page, Maria shared a video of herself being treated by a local doctor as she cries out in pain.

Maria said she has never cried so badly in her life like that and would not wish such a thing to happen to her worst enemy.

Maria, who seemed to have been receiving treatment from an undisclosed hospital, said the doctor was wrong as the knee injury was getting worse.

She wrote: “I’ve never cried so badly in my life, He straightened my broken knee. The doctor was wrong cause it was getting worse. So I got a local medicine man. And he put the bone back in. I wouldn’t wish the pain on my worst enemy. So more bed rest”