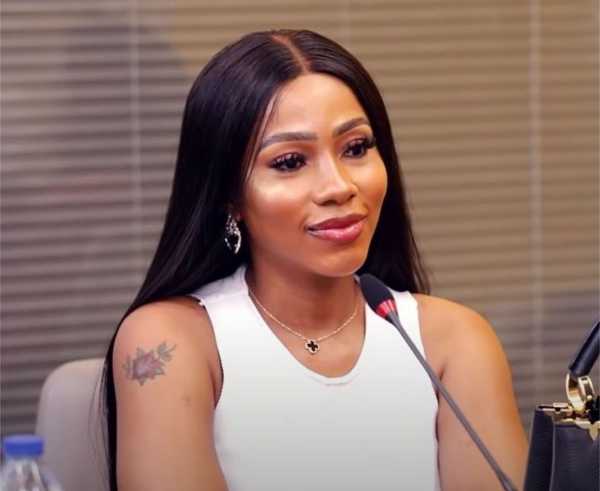 Former Big Brother Naija Housemate Mercy Eke seemed to have abandoned her calling after giving a free show of her backside.

Earlier this year, Mercy Eke said she had a dream where she was preaching the gospel and winning souls for God.

However, it looks like Mercy Eke’s dream is one of those resolutions that come with the new year and people drops after a few months.

In a video shared on her Snapchat, Mercy Eke was captured flaunting her backside repeatedly, and many fans have frowned over it.

While some slammed Mercy Eke for lacking content and decency, others claimed her private parts no longer have privacy.

mrs_marycordis wrote: This our private parts no get privacy anymore. Kim k na u cause am

chizzy_da_queen wrote: Honestly she lacks content and decency..Tacha can never do this

thatbigcutesandy wrote: No self value anymore , no self worth , no regards for their so called body …… Everything is about clout, fame , and to keep being relevance , giving up on morals and self worth . Do they think social media forgets ? Like , can and would she be proud of herself in 10years from now , in seeing this ,? What a shameful shame