Ex-BBNaija housemate, Saskay has been engaged by her boyfriend.

Saskay flashed her engagement ring in a video on Snapchat on Thursday.

She, however, said that she has not outrightly accepted the proposal.

Saskay noted that her boyfriend did not back off after her refusal to accept the engagement, rather he promised to engage her whenever she is ready.

Showing off the engagement ring, she wrote: “I said not yet so he put it on the right finger and said whenever you are ready babe.” 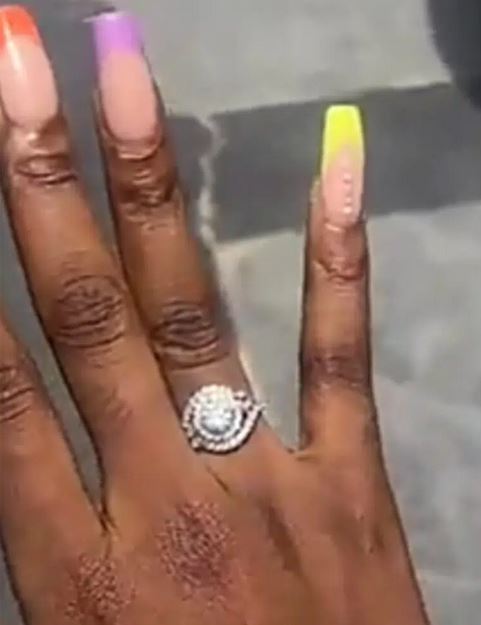 The 23-year had a romantic relationship with Cross and Jaypaul while in Big Brother house, she later revealed that she had a boyfriend outside the show.