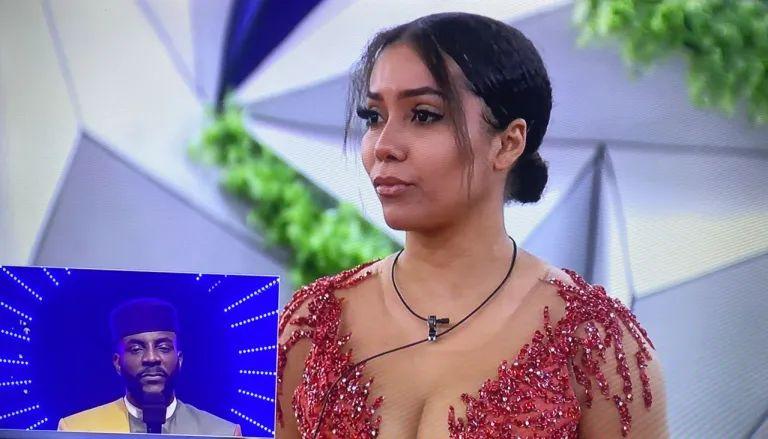 By Idowu Bankole and Precious Chukwudi

Maria, Jumoke (JMK) and Sammie have been evicted from the Big Brother Naija Season 6 Shine YA Eye Show.

The 23-year-old lawyer, Jumoke Adedoyin (JMK) was the first housemate to leave Biggie’s house, of the nominated lot that includes Pere, Maria, Cross, Queen and Sammie.

JMK stated she was a convenient choice, as friends among fellow housemates had been made before she got into the house.

Recall that JMK was one of the surprises of the last eviction night when Biggie introduced a new set of housemates.

In a chat with Ebuka, she noted she felt like she was a convenient choice to be nominated as most housemates had already made friends before her entry.

She says she looks forward to being a success after the show and that she had no regrets so far.

Meanwhile, Sammie. in his eviction interview with host, Ebuka, said he was expecting to leave the house but didn’t give any reason why he felt so. He promised to make his father proud by trying to complete his education and go into movie production.

Maria has, however, expressed shock over her eviction from Big Brother Naija season 6 Shine Ya Eye show but said she had made her mind up on whatever happens on the eviction night.

Her eviction remains a shock to her fans but social media users believed it might not be unconnected with the role she played while she was chosen has a wild card which resulted in fans voting her out of the show prematurely.