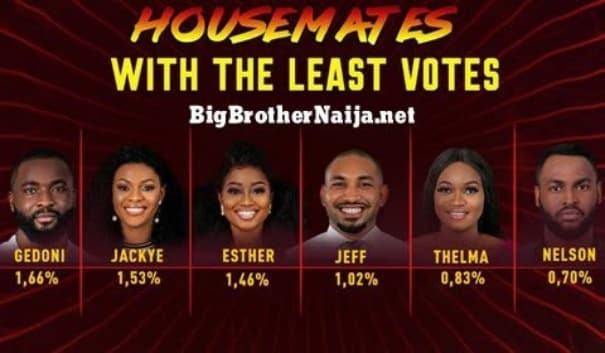 The Big Brother Naija 2019 Week 4 Voting Results have been revealed, however this week Big Brother has decided to only reveal results of the six housemates with the least percentages of votes.

This week Nelson and Thelma received the least percentages of votes and that is why they have both been evicted from the house tonight.

Below is a summary of this week’s voting results showing only the housemates with the least percentage of votes;

So that’s it guys and thanks for voting for your favourite housemate(s) this week, now lets wait for this coming week.