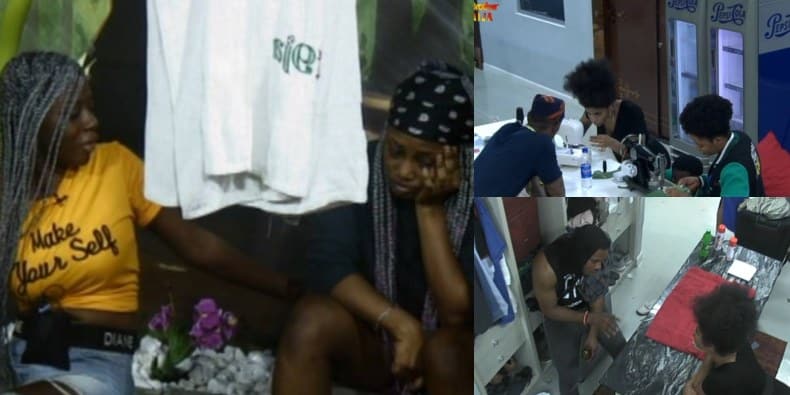 Following Nelson’s Eviction from the House, Diane and Esther finally let it all out. Oh! We also sense that Frodd has a new love interest in the House.

The rift between Esther and Diane over the past few weeks has not gone unnoticed. Evidently, it stirred up as a result of the love triangle between Nelson, Diane and Esther.

We’re not sure if it’s because of the arrival of the new additions into the Pepper Dem gang or the fact that Nelson is no longer in the picture, but the friends finally decided to air their opinions and close up the friendship distance. 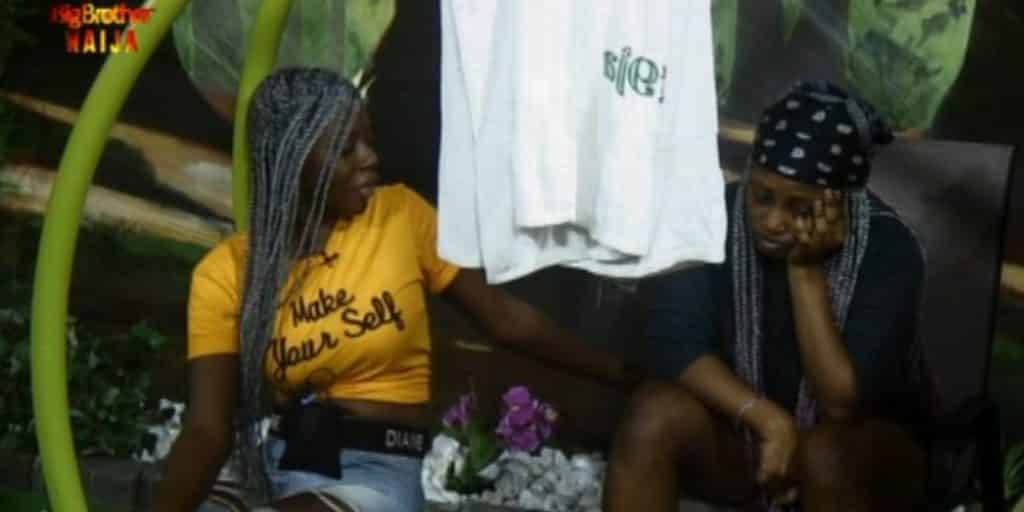 Esther who felt some sort of guilt told Diane she thought she owed Diane an apology on this subject. On the other hand, an unbothered Diane said she didn’t need the apology from Esther and only had issues to sort with Nelson.  Do we reckon there’ll be some sort of ‘Keeping up with Nelson and Diane’ after the Pepper Dem Season, perhaps?

Frodd has shown us that he has successfully moved on from his love-interest, Esther. How? His recent interest in one of the newest members of the Pepper Dem gang has raised some eyebrows in the House. Especially seeing that Omashola has not failed to let us know his feelings for Venita as well. 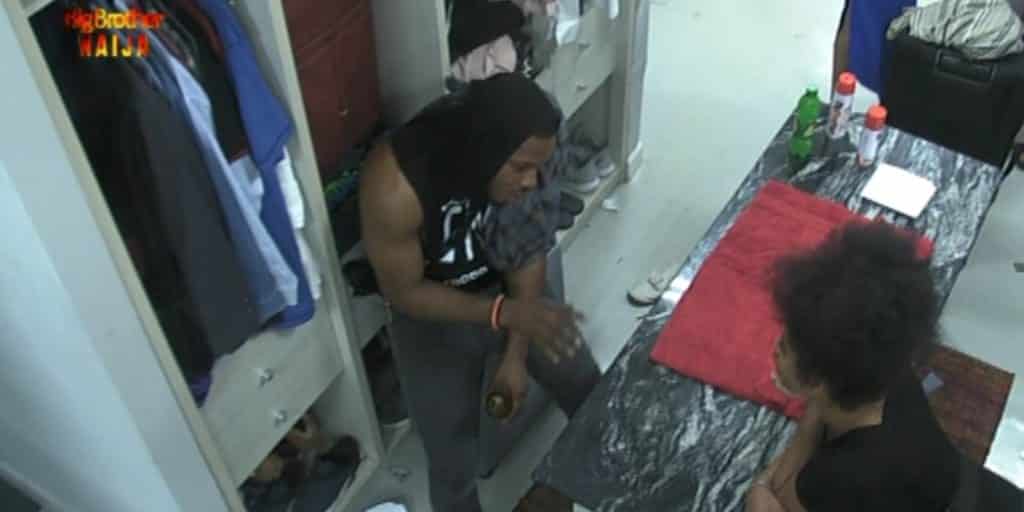 His quest to win Venita’s heart was obvious during his conversation with her in the dressing room, which led to him offering to run her a hot bath in the Head of House bathroom. Must be a good time to be HoH, right?

The ‘love and fashion in the 50’s’ Task preparation has the Pepper Dem gang forming bonds and alliances. Diane and Jackye have not only been discussing their Task script but have also been found gossiping about other Housemates.

The latest additions to the gang are not left out too. Upon arrival, Enkay gladly showed off her tailoring skills as she helped her group with sewing fashion statements for the Task ahead.

The Pepper Dem resident creative director – Joe, was also found working on the love story draft his group members seemed to be struggling with. 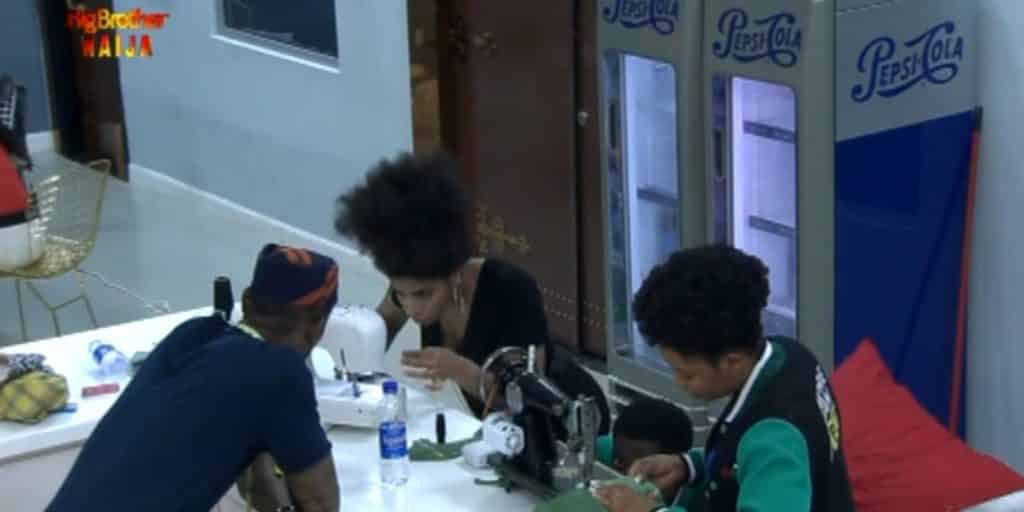 We can’t wait to see how the introduction of Biggie’s new guests will change the dynamics in the House. More pepper? Of course!