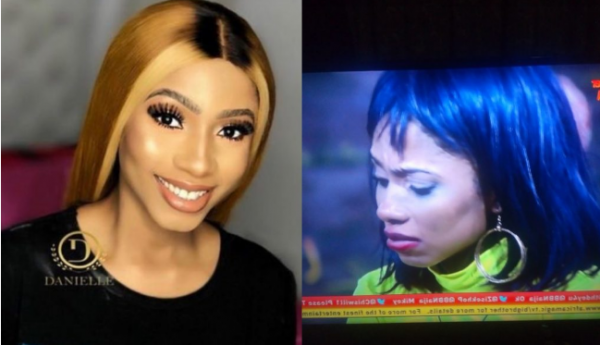 The duo of Mercy and Diane got emotional during the show on Sunday as the former shared with the latter, her family story.

During the narration, the duo cried uncontrollably as Mercy reveals that her younger ones can not speak English Language.

She further expressed worry by conceding that she is not sure maybe her love interest, Ike, would be ready to accept her for who she is.

Mercy has been in the news lately following the altercation between herself and Tacha which ultimately led to the latter’s disqualification.

Diane sheds tears while Mercy tells her story. That’s true friendship between the two in #BBNaija. A girl should win this year’s show. Either of the two, I’m good with it. pic.twitter.com/6OEJ534ISc