BBNaija Lockdown ex-housemate, Erica Nlewedim, has descended heavily on a netizen who slammed her acting skills and rated Bimbo Ademoye a better actress over her.

Thr netizen then wrote, “This is really an insult to Bimbo. Bimbo literally built herself from the ground as an actress. Erica went for Big Brother and producers are using her for clout.”

Erica, who obviously didn’t find the comment funny, hit back stating that she has been a hardworking actress even before the Big Brother Naija platform shot her into the limelight.

“Don’t you ever in your life undermine my hard work! I did it all! Free work, low/mid budget films, went to film school to improve. Do you know how many talented actors are still unknown because the right people don’t know them? I should have sat at home waiting for magic instead of BBN?” the reality TV star wrote. 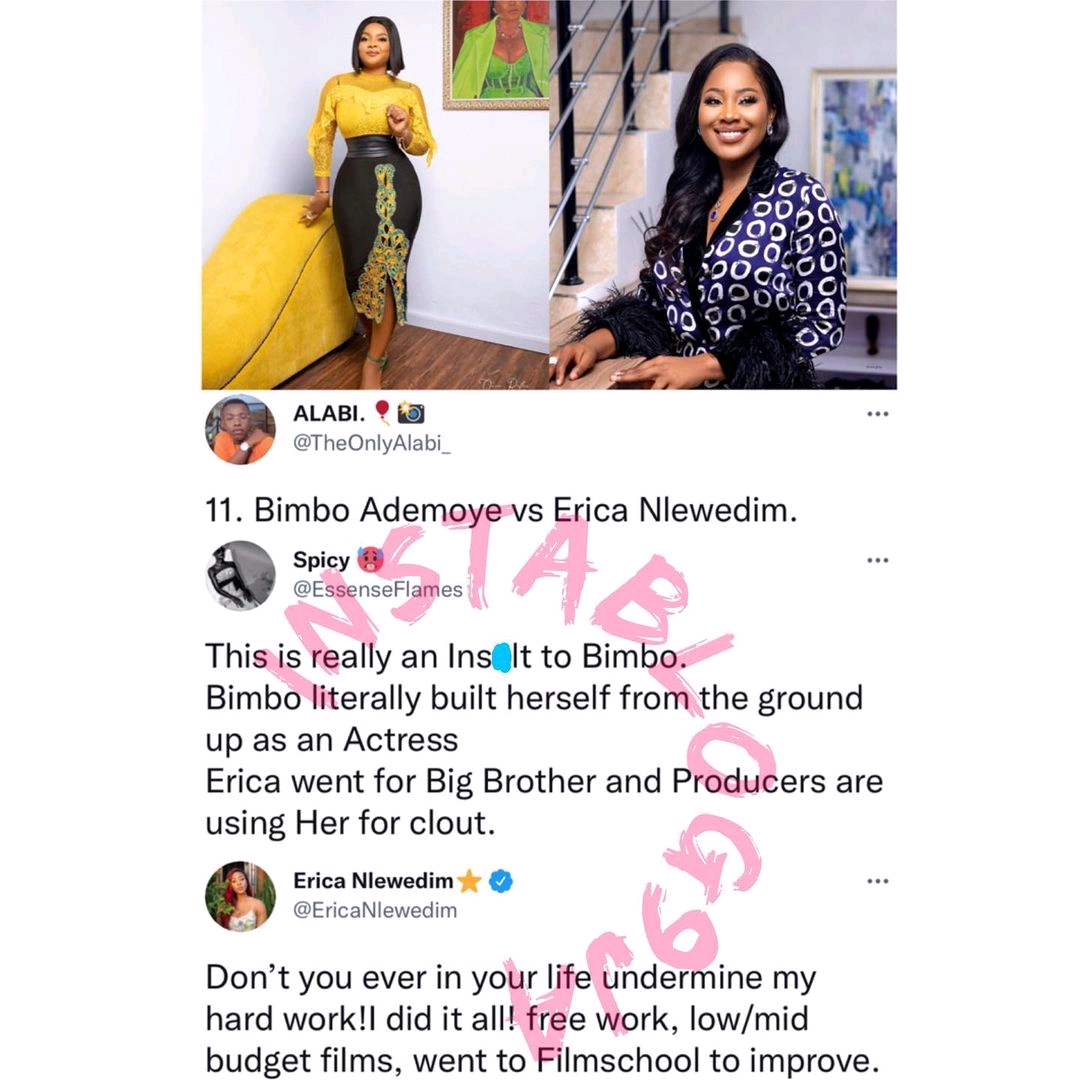 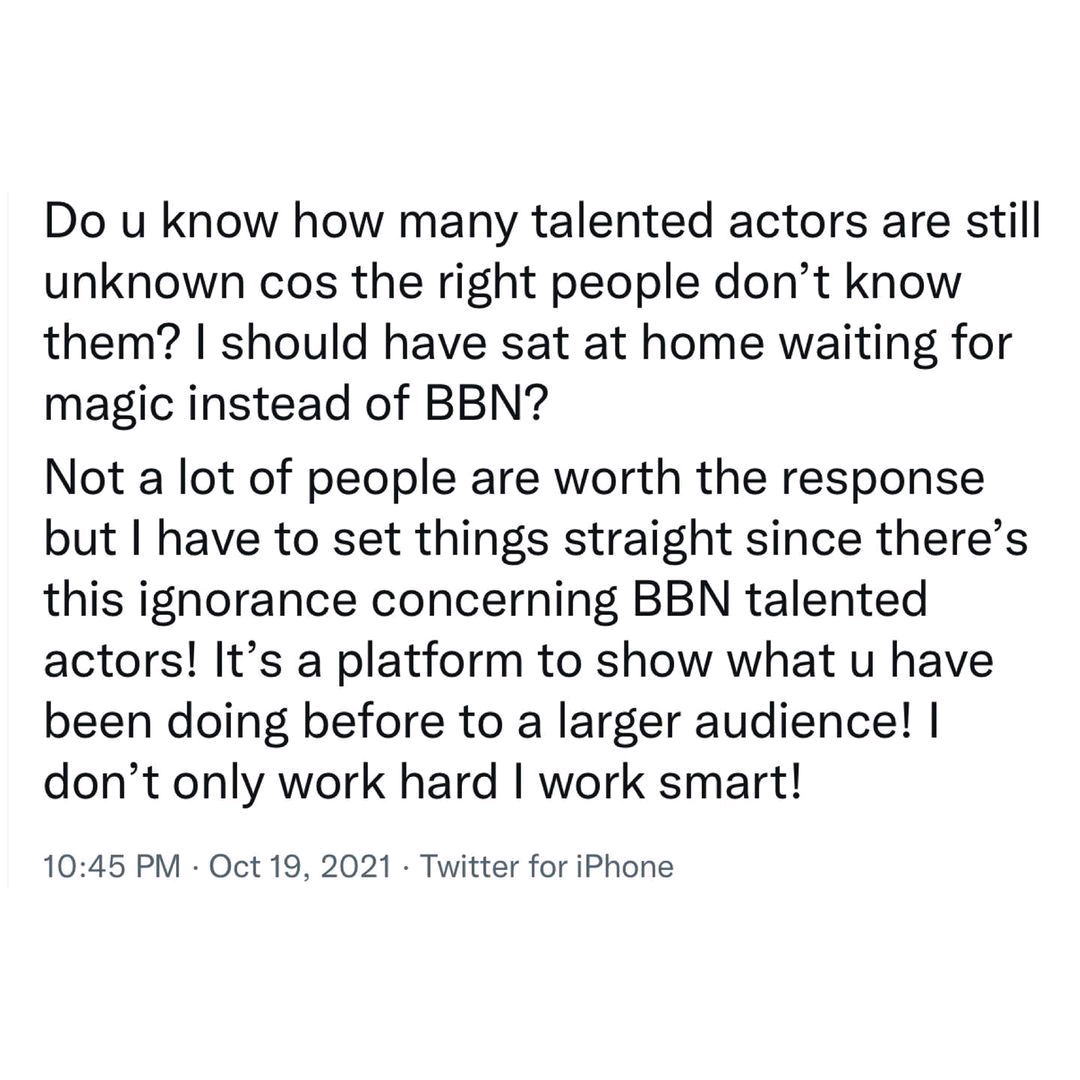