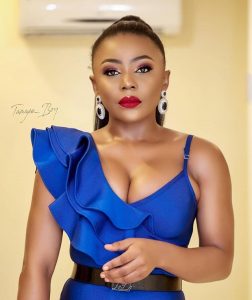 Former BBNaija housemate, Iheme Faith Uloma, popularly known as Ifu Ennada is currently trending on social media after sharing that she is a great lover of good perfume and has once spent a whopping N1m on getting a good one within just 1 week.

Up & ready to slay this Friday! Who else loves spending so much on perfumes like me? 😥😭. I need deliverance before my mother kills me.😭😭😭

Reacting to this, her fans have flocked her comment section on Instagram to query if she actually bought the perfume company or just the perfume alone.

What fans are saying: 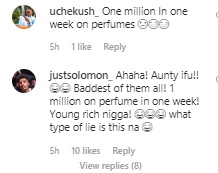