Big Brother Naija star, Mike Edwards has raised eyebrows on social media after he announced that his son, Matthew has gotten his Nigerian passport. 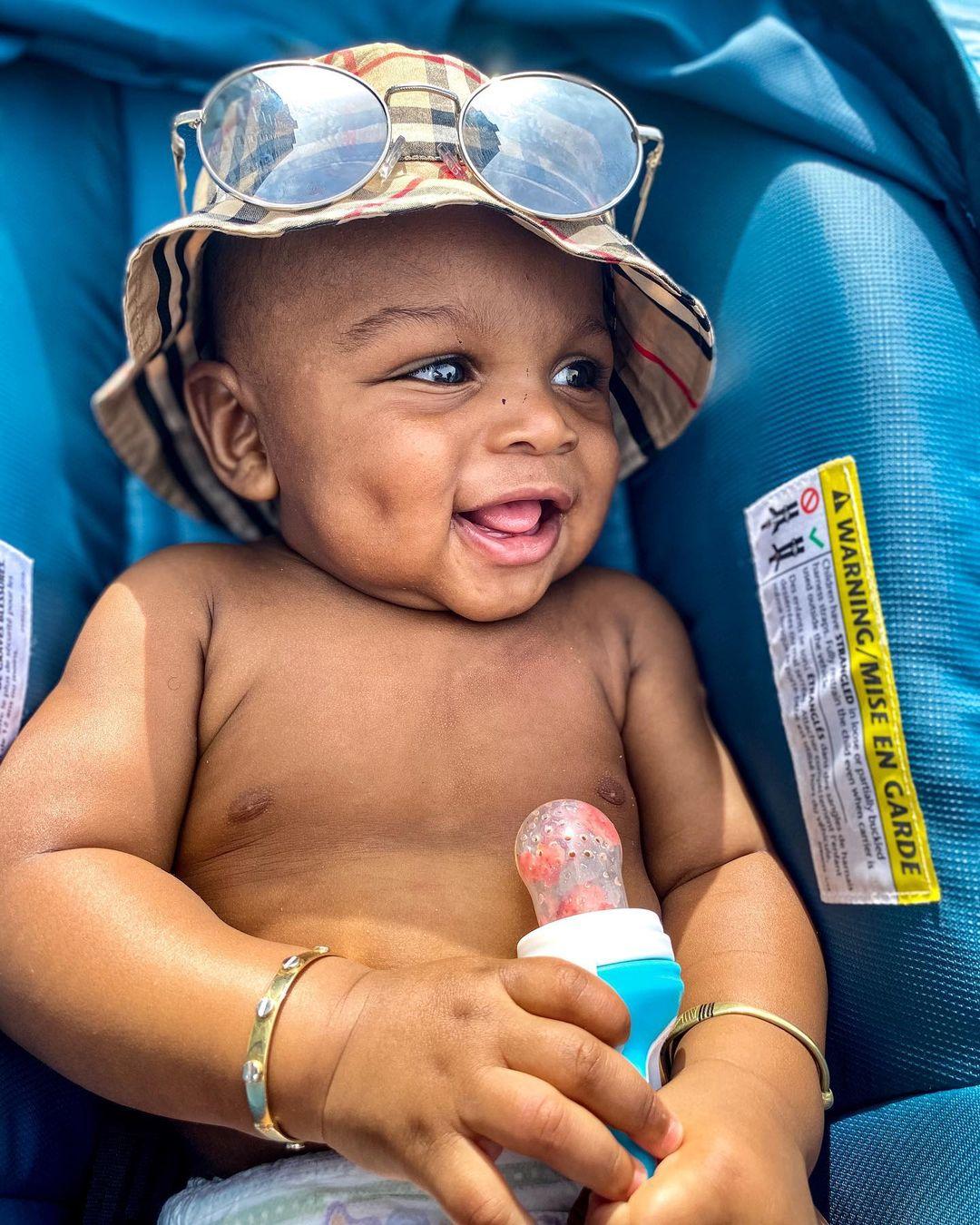 Mike has been in the country for quite some time and he’s been trying to ensure that his family gets attached to his country.

He shared a video of himself, his wife and their son at the passport office in Ikoyi sorting out the documents.

However, Nigerians on his timeline were sceptical of how he was able to get his son passport despite reports that they are no booklet.

Some fans asked him to give them contacts that will ensure they get their passport without any glitches.

See some reactions below: 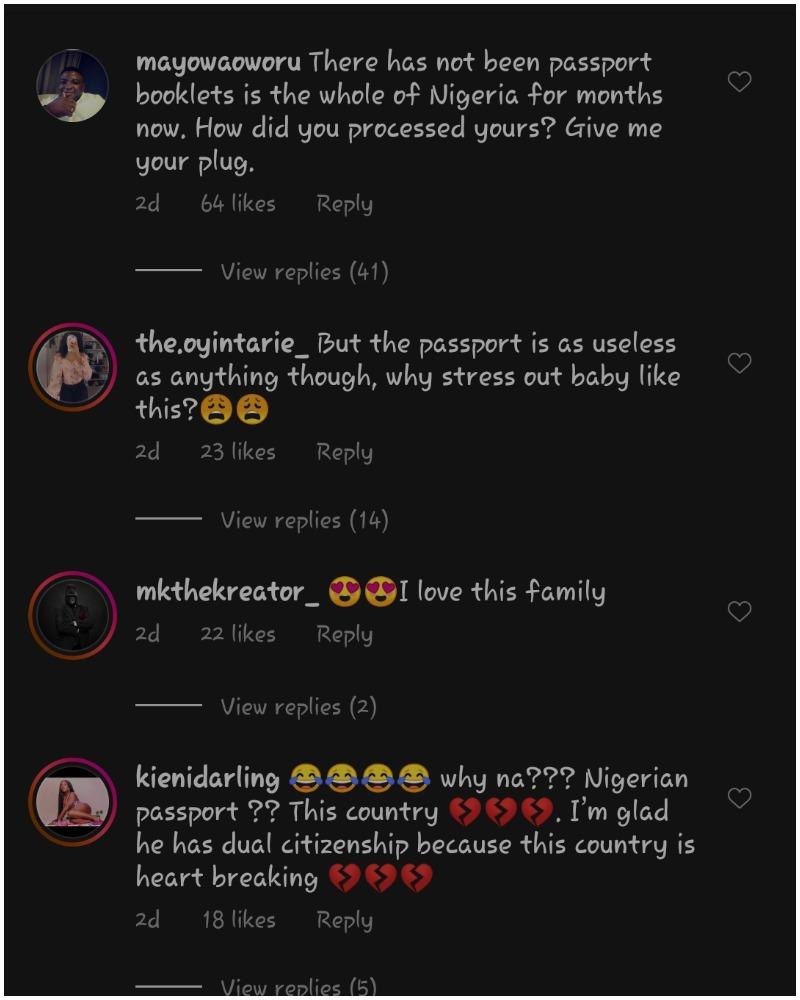 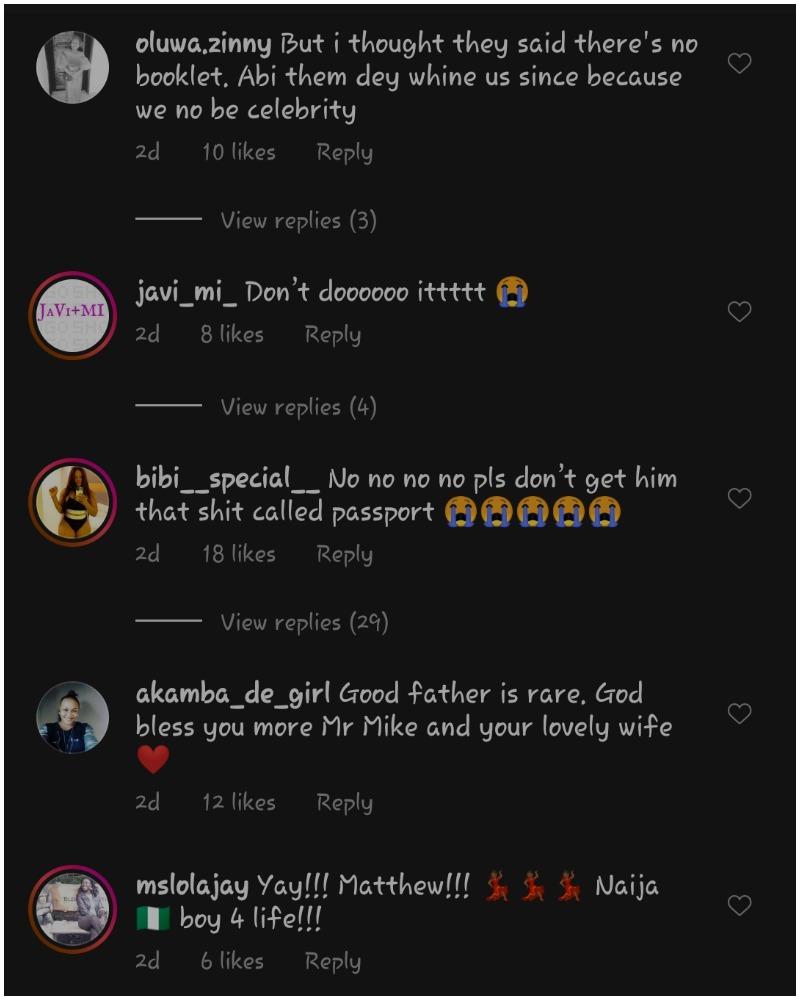