Sharing photos of the damaged car, the Akwa Ibom State-born thanked God for sparing his life.

He revealed that the near-death experience rendered him emotional as he could not control his tears and appreciation for God.

He wrote, ”Thank God for life. Been a while I cried.

”I think life got me hardened.”

The incident is coming a week after his colleague, Rico Swavey died after sustaining injuries from an auto crash at Lekki Lagos State.

Rico will be laid to rest on October 20 in Lagos State. 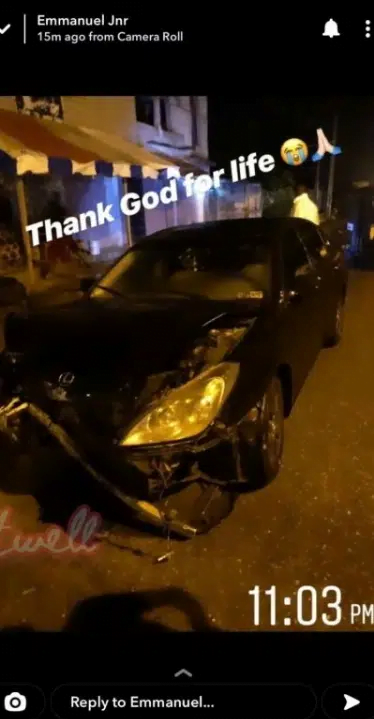