Frank Edoho Reacts As Twitter User Compares Him To Ebuka 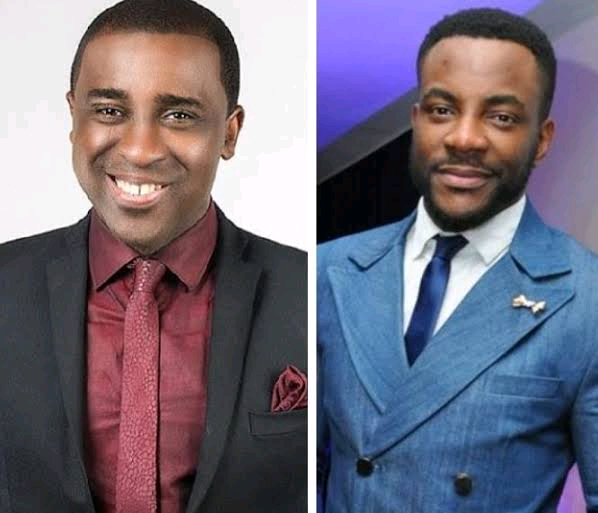 The Twitter user posted a picture of both media personalities and wrote that Ebuka needs to step aside from his current role as the host of the Big Brother Naija show, which is about to begin its sixth season.

Edoho saw the tweet and schooled the netizen on the fact that there is nothing wrong with Ebuka’s hosting skills.

Read Also: “You Are One Of The Disappointments We Have Seen This Year” – Frank Edoho Knocks Osinbajo

The former Who Wants To Be A Millionaire TV host also added that Ebuka’s position should not be threatened because he has held it for just three years. 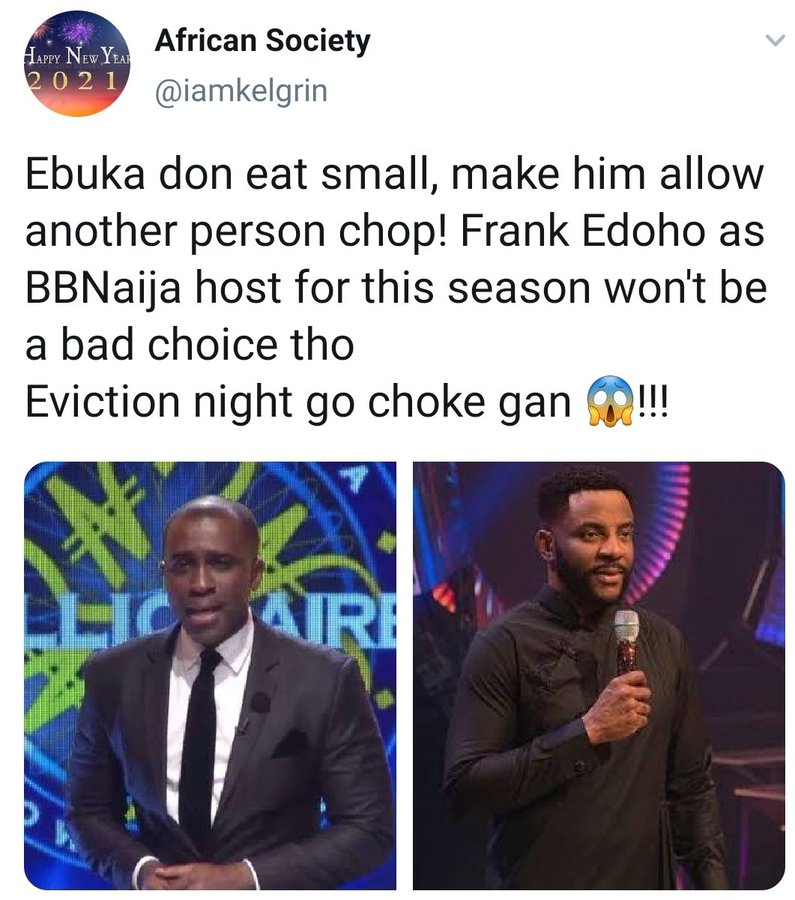 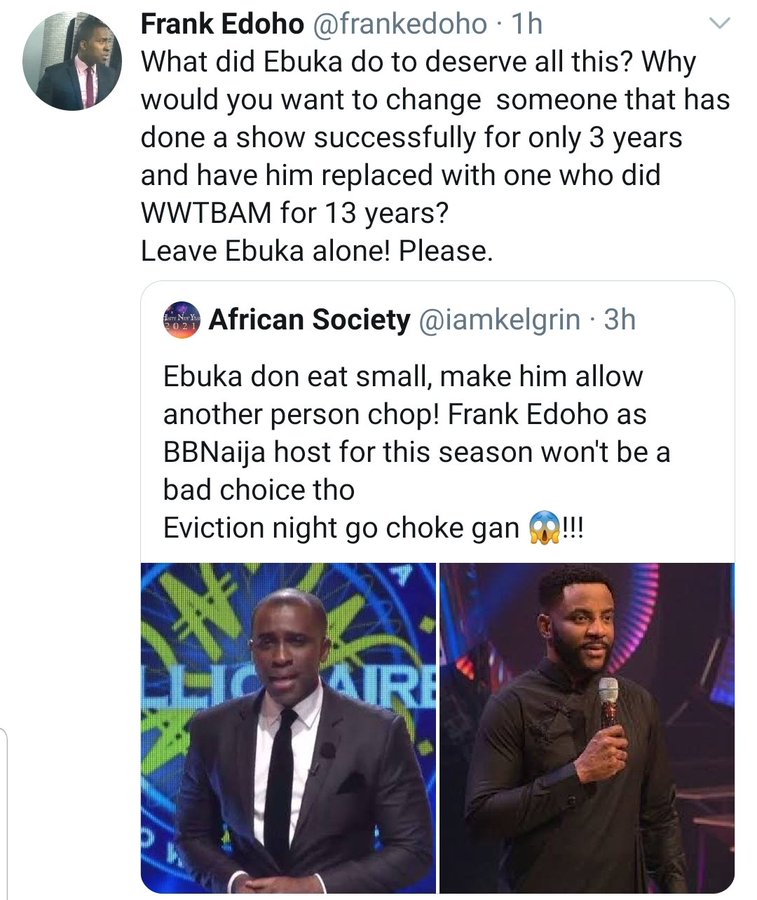