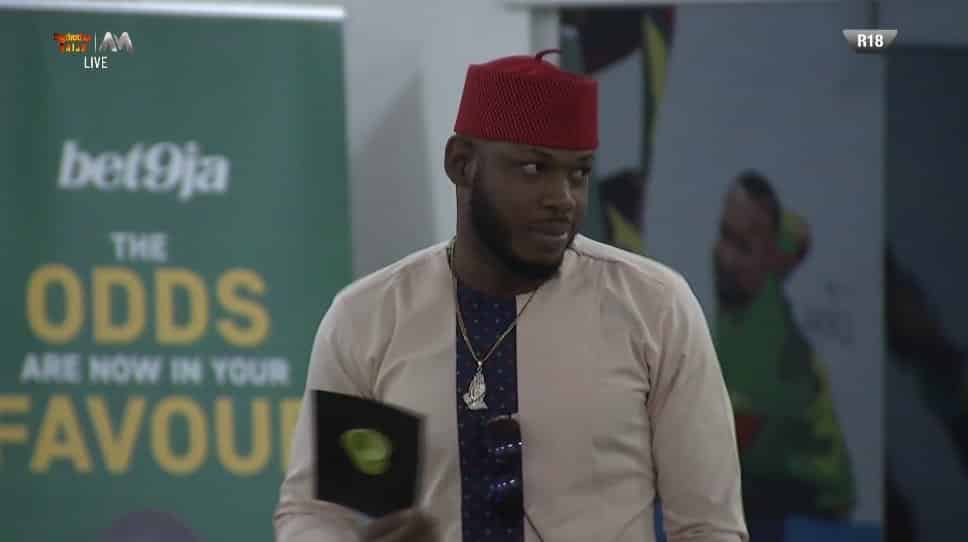 During last Sunday’s eviction show, BBNaija host, Ebuka Obi-Uchendu, revealed that there would be no evictions the following week. The housemates, unaware of this latest twist, made their way to the diary room on Monday night to nominate two of their fellow housemates for possible eviction as usual.

It ended with Diane, Frodd, Mercy and Cindy nominated for eviction.

The Ultimate Veto Power game of chance continued during the live show. Throughout this week Biggie provided the housemates with a total of 60 random pictures in which they will have to make individual decisions on the image they think might be the same as the one hidden inside a red mystery box.

ALSO READ:   BBNaija:“You didn’t make it in America, you think you can in Nigeria”- Mercy Blasts Ike

A key was provided to unlock the red box and Frodd emerged as the Ultimate Veto Power holder after Elozonam confirmed the image identity.

This gives him the power to nominate 5 housemates for eviction tomorrow….