Big Brother Naija housemate, Tacha and Joe almost earned a strike after they got into a heated argument which led to name calling and almost turned physical if not for the intervention of other housemates. 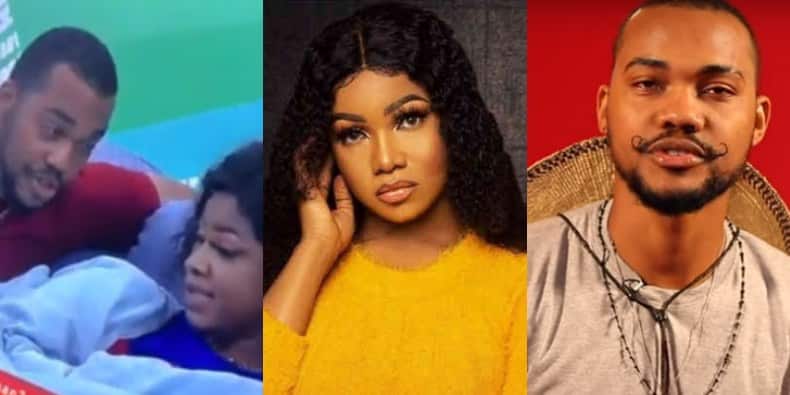 It all began when Joe had teased Tacha after his team (Cruisetopia) won Friday’s task but it was clear that she was not in the mood.

The alleged son of Herbert Macaulay didn’t heed her warning and it led to a session of verbal abuses.

Joe pushed the button further by leaving his seat and moving to Tacha’s where he tugged on her duvet.

This only angered her the more and he got hit by her.

The fight, however, did not escalate courtesy of the intervention of other housemates.

Here is the videos between Tacha and Joe in big heated fight and almost getting physical with each other #BBNAIJA pic.twitter.com/BYx6jGlX36

the start of the gbas gbes gbos between Joe and tacha now judge from this angle #bbnaija pic.twitter.com/6MX784qFzR