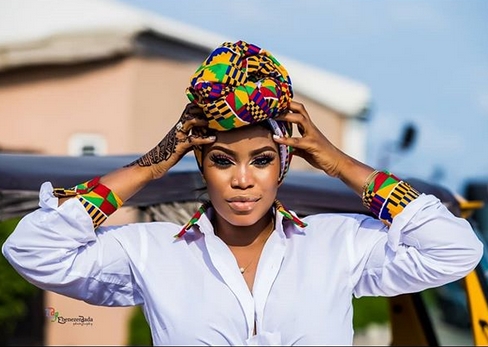 Nigerian actress and reality TV star, Eriata Ese has stated that she always pities female bankers. The entertainment personality took to her Snapchat account to react to the statement made by Senator Ayo Akinyelure that female bankers are often used as sexual slaves by the banks they work for.

According to the curvy movie star, the corporate world in Nigeria is too toxic for employees who have to work under intense pressure only to get paid peanuts as compensation for their hard work.

The BBNaija ‘See Gobbe’ season two former housemate also noted that she has never been a fan of working under a boss. 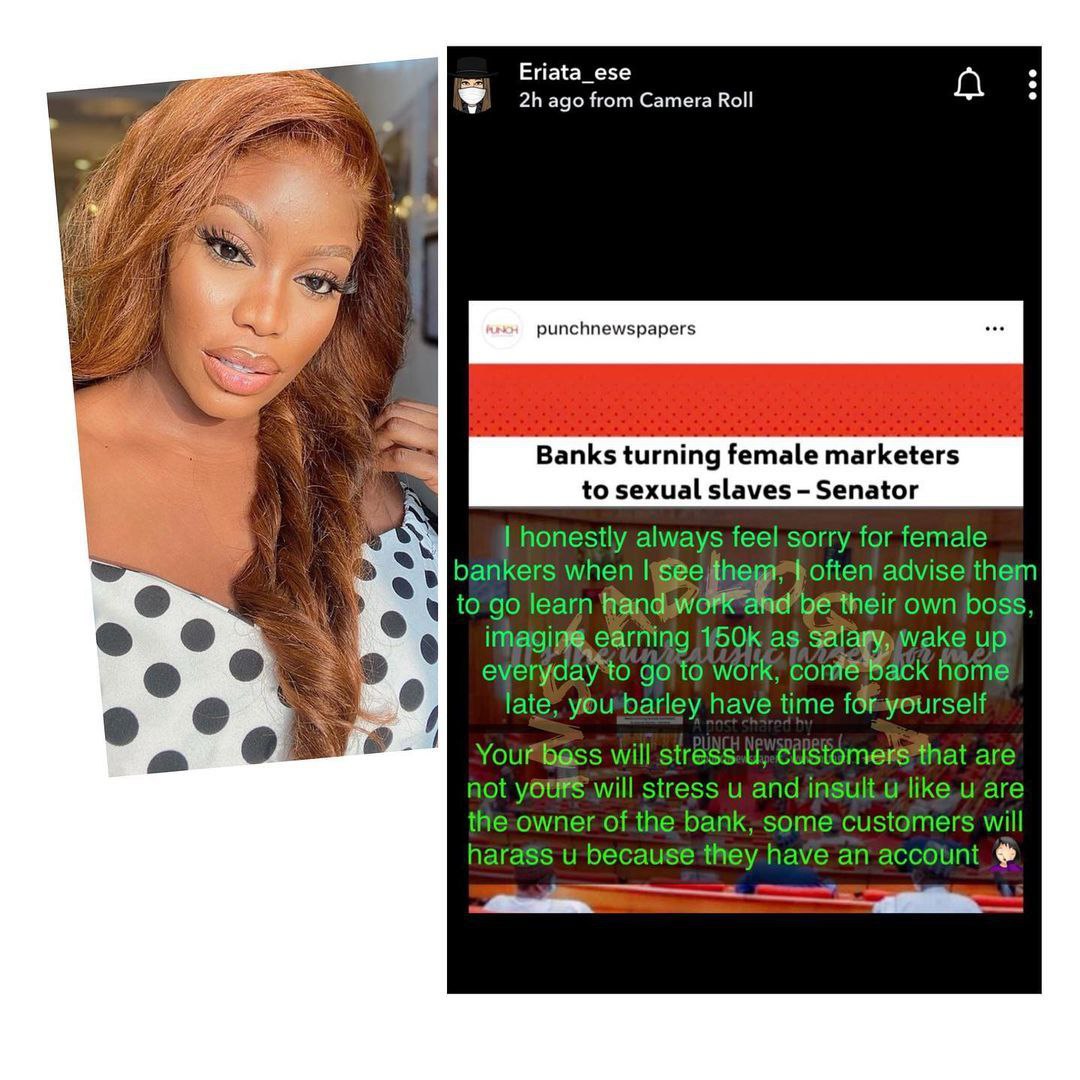 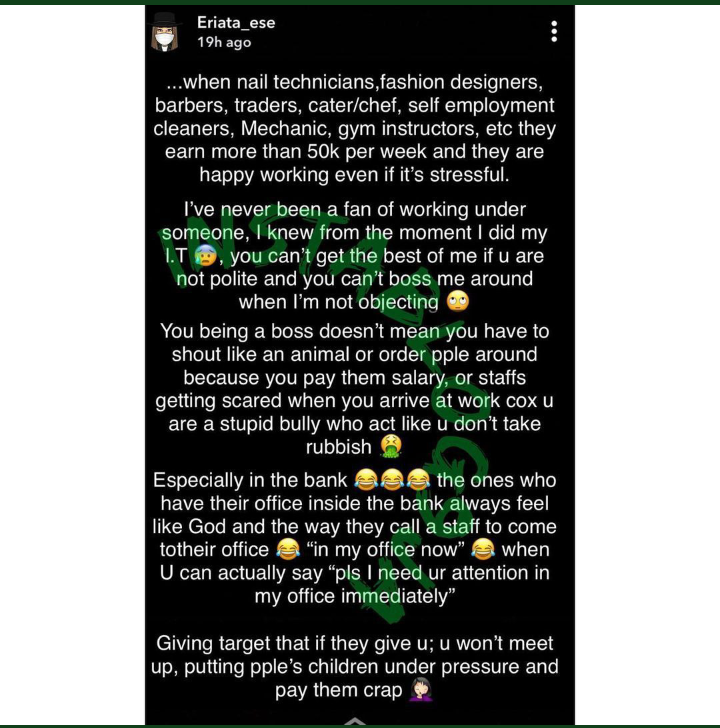