I Don’t Watch BBNaija But I Know Tacha Would Go Places: Akin Alabi 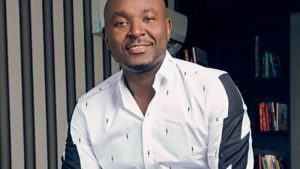 Nairabet owner, Oloye Akin Alabi, is the latest to react following the viral gist that controversial housemate, Tacha, has been disqualified from the Big Brother Naija show.

Speaking via his Twitter handle, Akin Alabi who represents Egbeda/Ona Ara federal constituency in the National Assembly says although he does not watch the reality TV show but the fact that he hears only one name, Tacha, despite not being a fan of the show, points out that she(Tacha) would go places.

I don’t watch Big Brother but I keep hearing only one name. Tacha!!! She will go places.

See what he tweeted below:

I don’t watch Big Brother but I keep hearing only one name.

She will go places.