‘I Get What I Desire:’ Mercy Brags After Securing Endorsement Deal With Ciroc 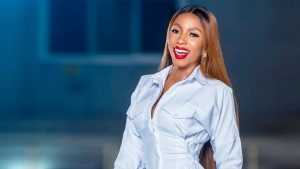 The reality TV star, while taking to her Instagram page, made it known that she gets whatever she desires because it’s her empire.

Who says she doesn’t have the bragging right???

Since the curvy ex-housemate left the show, hardly has a week gone by without bagging a major endorsement deal.

Mercy was part of the Nigerian celebrity entourage to the OneAfricaMusicFest which held in Dubai recently.