“I have Washed All Your Clothes, Remaining Your Towel” – Frodd Tells Esther

Big Brother Naija housemate, Frodd seems to be really in love with his fellow housemate, Esther after he did what some men will not do for their partner. 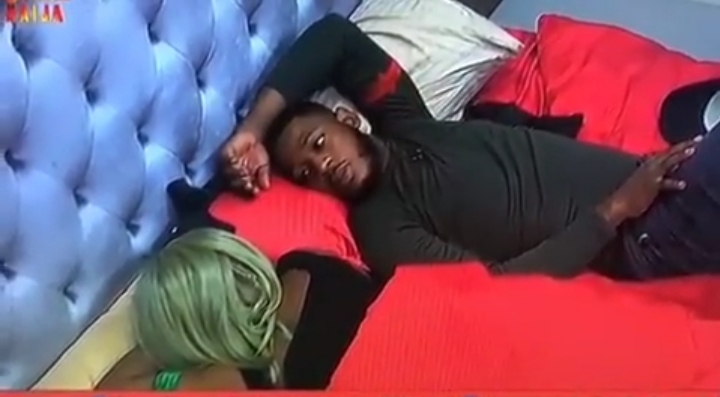 The investment banker is bent on winning her love even if he doesn’t win the 60m cash prize.

From painting Esther’s nails, to serving her meals, he then proceeded to iron her clothes and now that he washes her clothes.

On Tuesday, while the couple were in bed, Frodd could be heard telling Esther that what was remaining of her clothes to be washed was her towel and he would do that the following day.

This angered viewers outside the house, claiming that Esther is only using him,

Marvin Records producer, Don Jazzy also reacted to this by mocked the Big Brother Naija 2019 housemate, Frodd suddenly for turning himself into a laundry man for fellow housemate, Esther all because of love.

Watch video the video below: