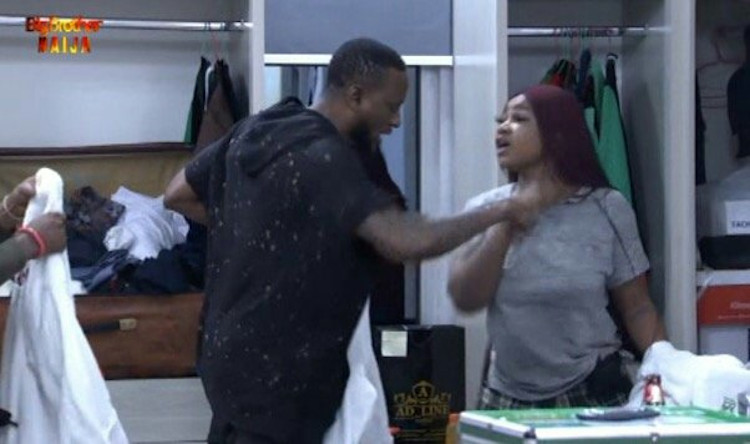 During the internet sensation’s diary room session, she told Biggie that she was looking like “Chucky Chucky” in the painting and had told Omashola not to draw her.

“Because I was looking like Chucky Chucky, very comic movie years ago. The artwork did not look nice at all. Then I was no, I shouldn’t be there, I don’t look nice. And I told him not to draw it, ooh and I said I will clean this off ooh and then did. It didn’t look nice actually.

Information Nigeria recalls a heartbroken Omashola was heard saying he would rather die than paint her face again on Wednesday.

Surprisingly, he asked her for a picture of herself to re-do the painting on Thursday but she refused.

Tacha is such an interesting girl 🔱🔱🔱this was how conversation with biggie abt Omashola’s painting went #BBNaija pic.twitter.com/QuTUcucxvS