If You Are Broke And Can’t Afford My Lifestyle, I Can’t Date You – BBNaija’s Khloe 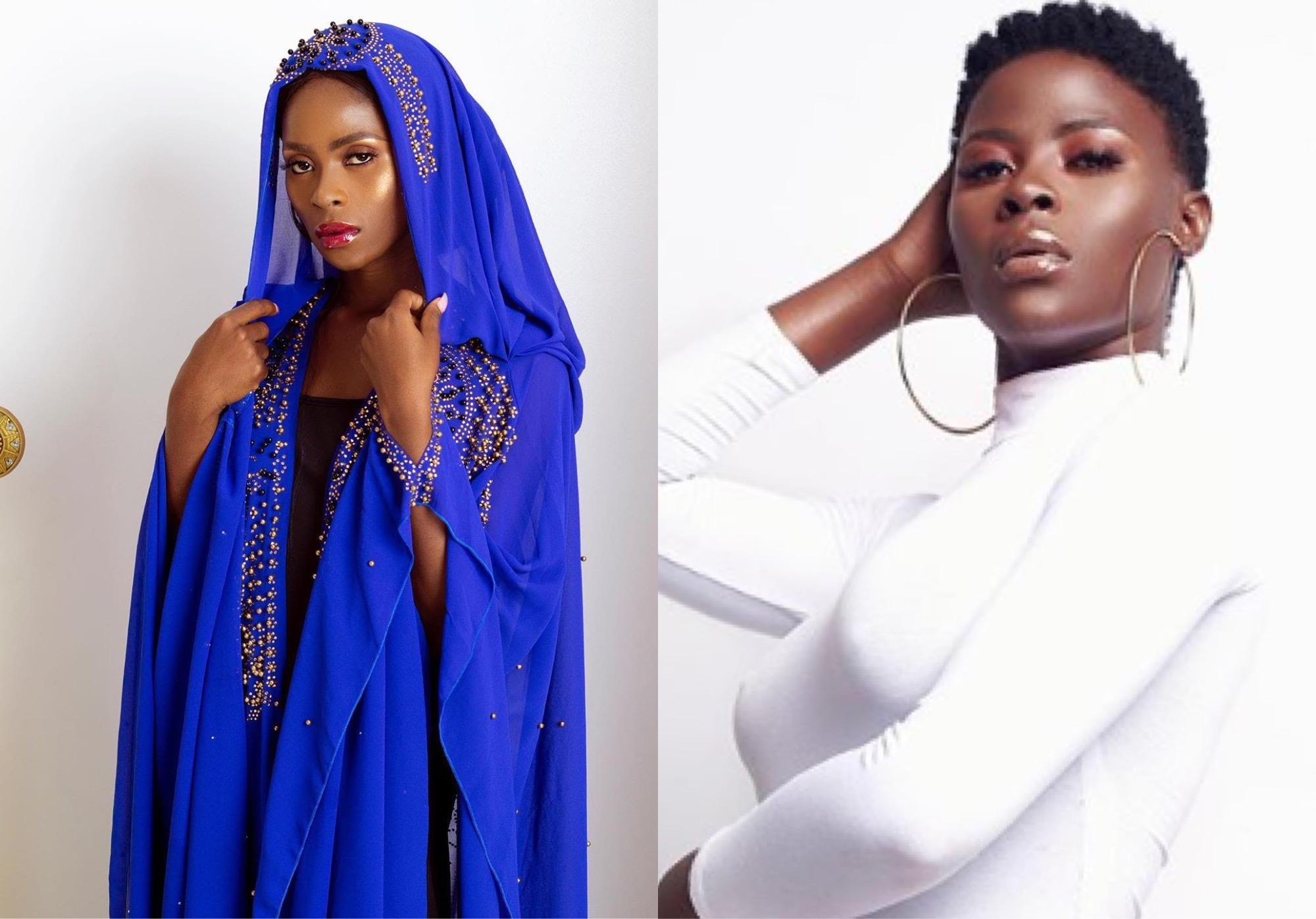 BBNaija star, Abiri Oluwabusayomi, alias Khloe has sent a stern note of warning to her admirers.

In a lengthy Snapchat post, the reality TV star clearly states that her expectations in a man is enough money that can cater to her bills and expenses.

Khloe wrote that she won’t entertain any man who is broke yet claims to love her. According to the ‘Double Wahala’ season three former housemate, she has suffered so much in her life hence she can’t endure with a man who is struggling to pay bills.

Khloe added that she is already financially independent and responsible for herself so she wants a man who can match up to her level and taste. 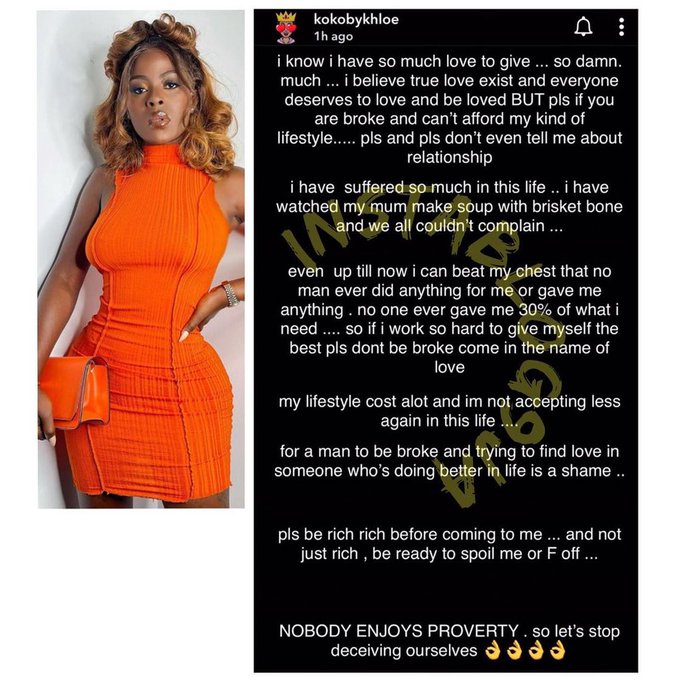 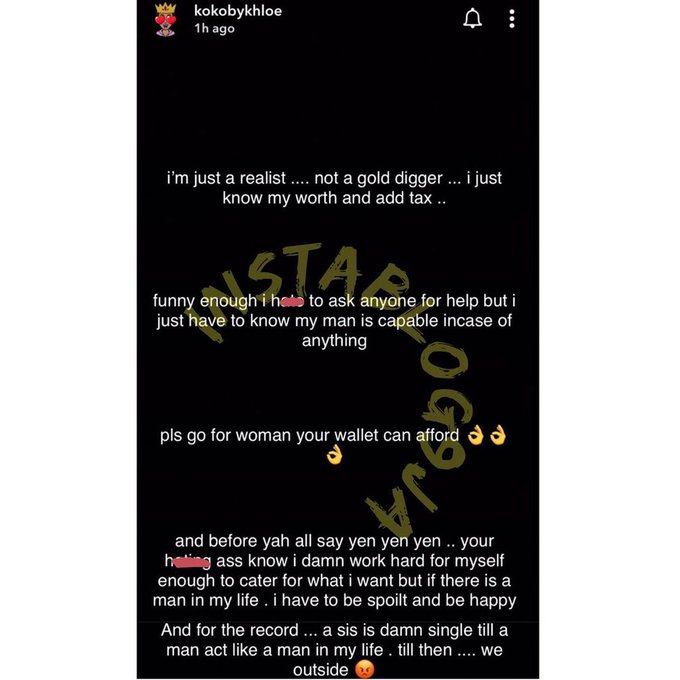