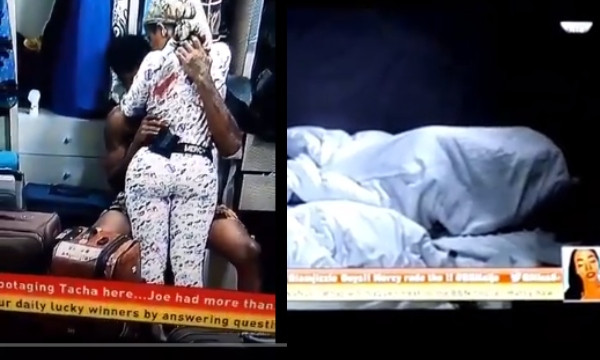 Ike and MercyThings took another turn in the 2019 Big Brother Naija house last night as lovers Ike and Mercy took their N2m win in the  Munch It task to another level.

The couple, who had some hours before, got into a minor argument seemed to settle the issue perfectly.

Ike was first seen sucking Mercy’s boobs in the dressing room for a while which caused him to have a massive erection before the two took things to the bed where Mercy was seen riding the young man.

If you are seeing this..it was just boobs sucking #BBNaija pic.twitter.com/zmniya1IyZ

Please Share this on:
“BBNaija: “You’ll know your relationship status with Neo after he sleeps with you” – Laycon advises Vee