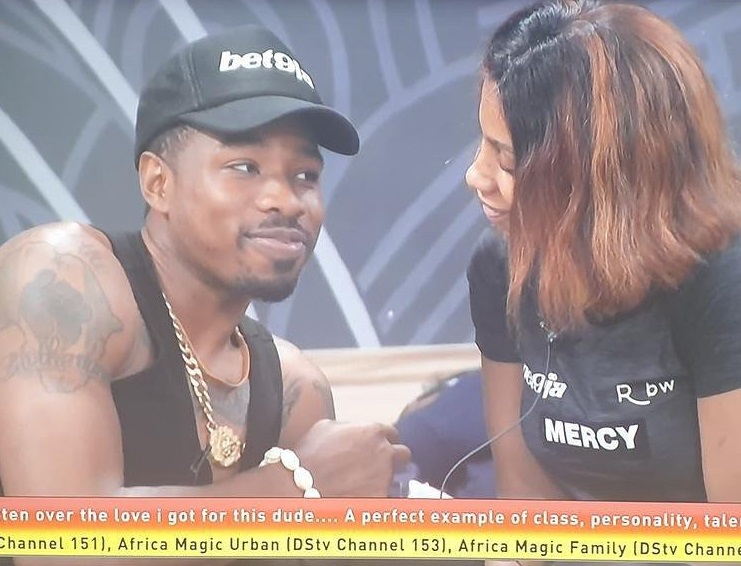 The pair, who met in the Big Brother Naija House, seem to have developed a romantic relationship over the past two months.

Although, the couple have had their fair share of ups and downs but they have been able to overcome the problems with a deep understanding of themselves.

In reaction to their brewing affair, Cindy shared a tweet, hinting that the couple are “obsessed” with each other, while stating that Mercy is the woman the gangsta has been searching for. 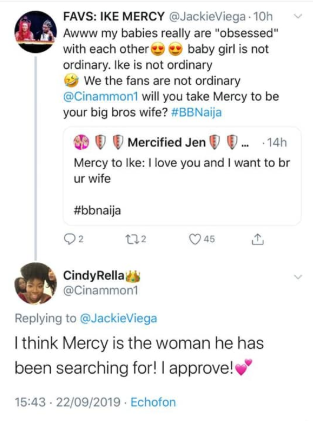