“They say in your youth, depression is mostly peer pressure and the strife to not want to be left behind. In old age, depression is a bucket full of regrets and it is worse than the former. Thank God I’m still young but plenty pressure man dey face. I believe in myself normally based on who I be and it is me and my team till the wheels fall off but right now ehn, only God fit understand…. I’m lonely in a world surrounded by people. Trying to keep my cool but slowly reaching my breaking point,” he wrote.

Read Also:  “Leave Me Alone,” BBNaija’s Omashola Tells Those Pressuring Him To Get Married 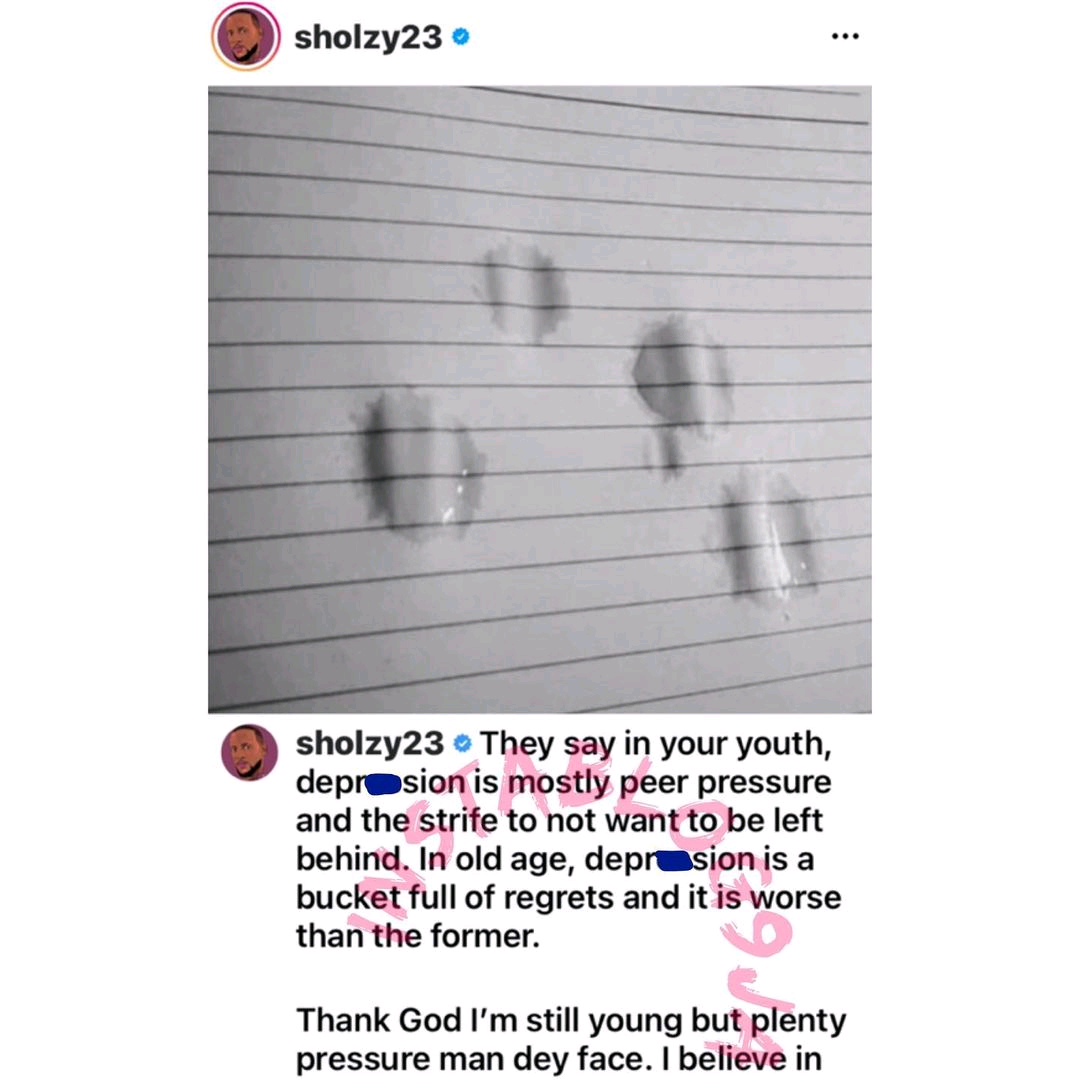 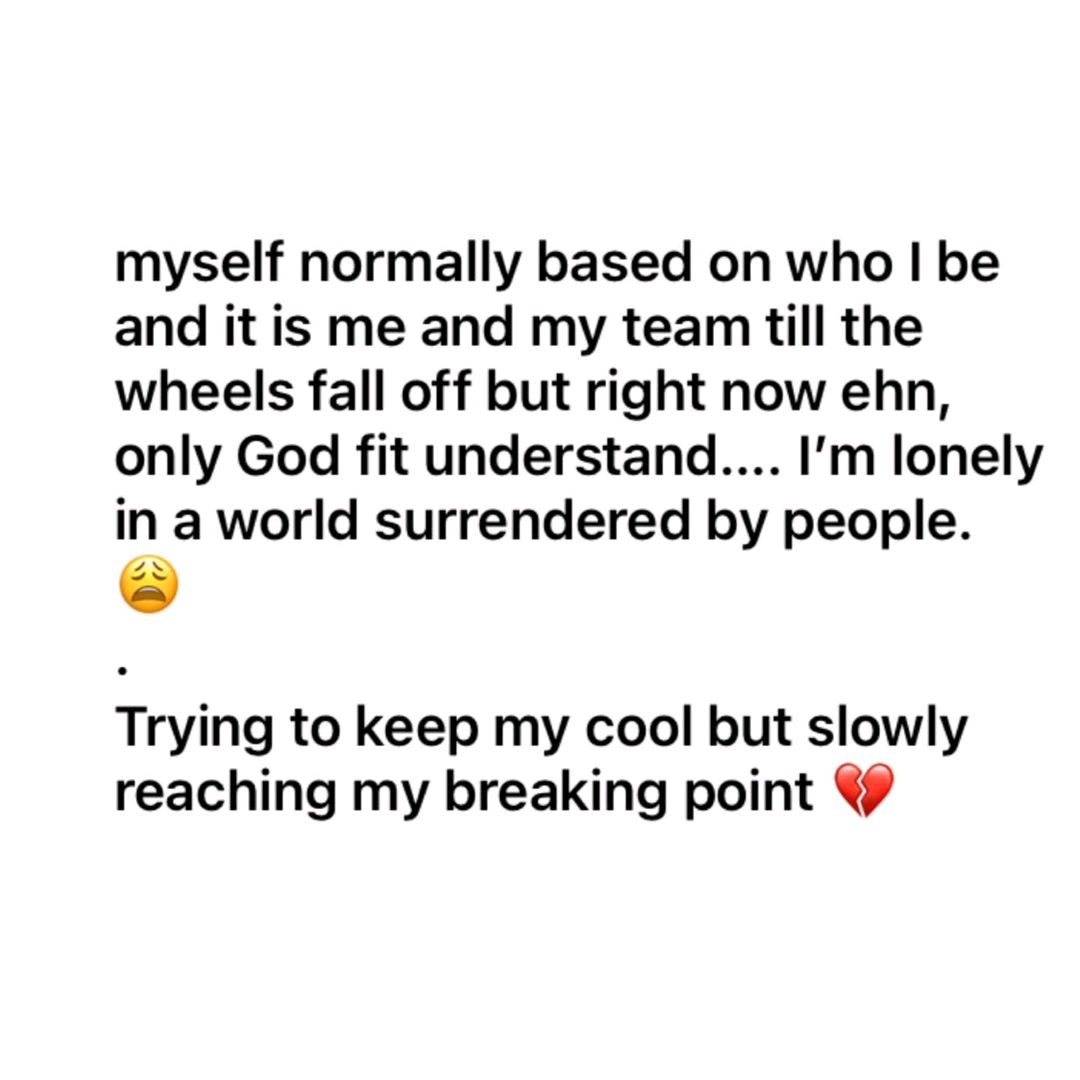