Big Brother Naija couple, Mercy and Ike were spotted under the duvet in bed, moaning in the middle of the night in the room. 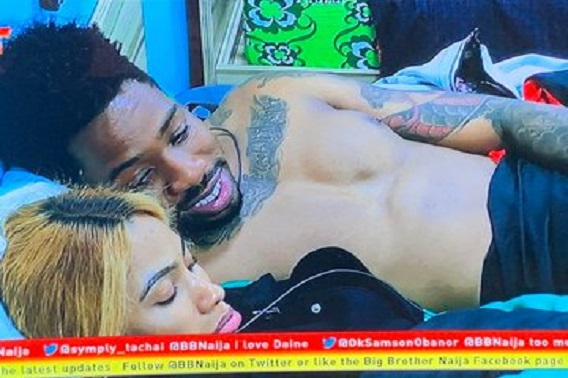 Many believe the lovebirds were engaging in some lovemaking session while others opined that Ike was merely giving Mercy a foreplay.

Information Nigeria recalls the curvy video vixen had made a pact that she wasn’t going to allow the gangsta have a taste of her ‘pure bliss’ pussy until she gets her engagement ring, perhaps she had forgotten about it.

Read Also: We Create Problems For Ourselves By Being Friends With People We Are Supposed To Just Greet And Pass: Tonto Dikeh

Ermm what is ike and mercy doing here??? #BBnaija pic.twitter.com/JS2HNZNd3u