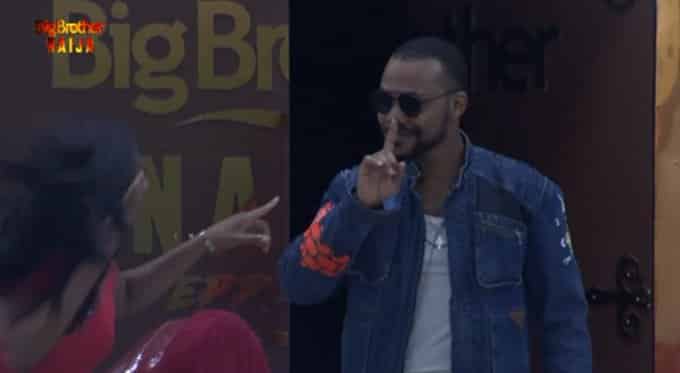 Joe has been evicted from the “Pepper Dem” BBNaija reality television show.

His eviction was announced during the live show on Sunday following his nomination alongside Cindy, Elozonam, Enkay, Frodd, Ike, Joe, Khafi, Omashola and Tacha.

He became the 9th housemates to be evicted after Nelson, Thelma, Avala, Isilomo, Ella, KimOprah and Tuoyo have been evicted from 2019 ‘Pepper Dem’ BBNaija eviction.The ‘Icons’ (housemates) of the ongoing fourth season of the Big Brother Naija reality show, were up for possible eviction.

Diane saved Sir Dee and replaced him with Joe.

Biggie had on August 6, divided housemates into two different teams named ‘The Icons’ and ‘Cruisetopia’ to compete in challenges/tasks.

Cindy, Elozonam, Enkay, Frodd, Ike, Joe, Khafi, Omashola and Tacha were all up for possible eviction for failing the nomination task.

Please Share this on:
#BBNaija: “Ozo is the man that most men are too cowardly scared to be” – Uti Nwachukwu writes