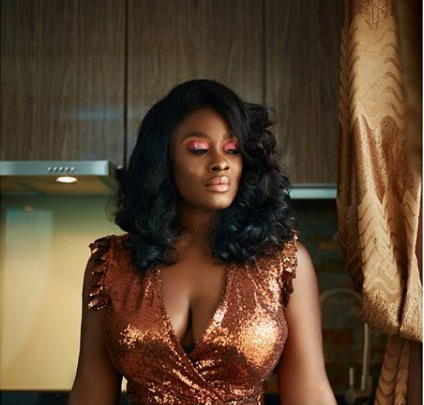 Uriel Ngozi Oputa who rose to prominence as one of the contestants at the 2017 edition of the Big Brother Niaja reality show has begged married men always sliding to her Direct Message (DM) to leave her alone for the young and single guys.

Uriel sounded the warning to the unfaithful men that wants to cheat on thier wives with her through her Insta stories.

See her message below… 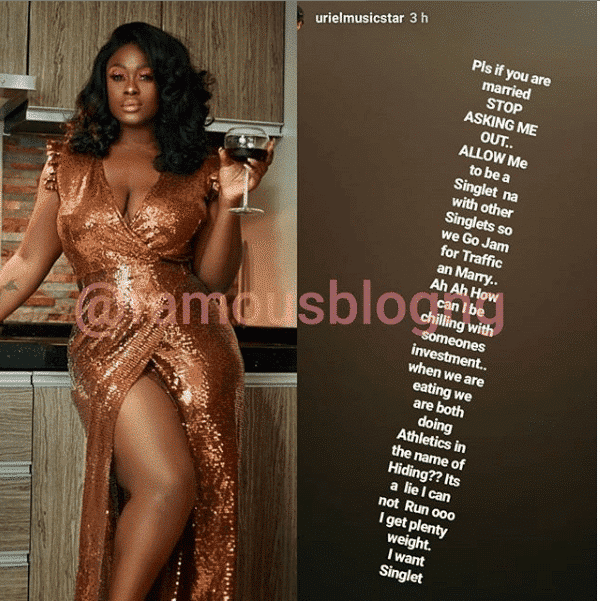 It would be recalled that Uriel Oputa, says that fame makes it harder to find a man for a serious relationship. 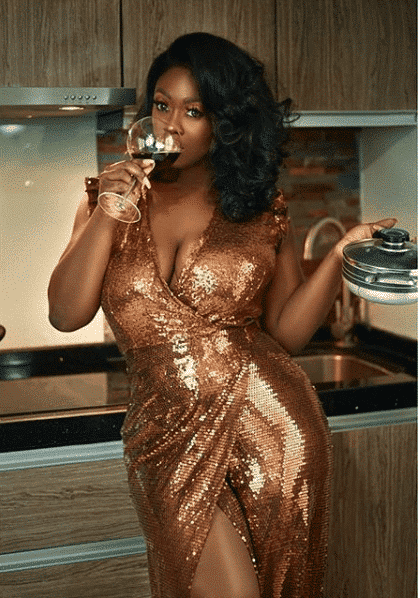 In a chat with Sunday Scoop, she had said, “There are some fields in the entertainment industry that men might look at and be afraid of getting married to the women there. Sometimes, they could get married to such women because of infatuation and the public image of the lady. For me, I feel it is harder to find a man now that I’m famous. I meet men who pay me compliments every day, but it’s harder for me because I don’t know their motives. Do you want me for who I am, or because of what you see on TV and social media? Because of that, I put up a wall because I don’t want to be used. However, I’m learning right now to drop the wall and take each day as it comes. I have been celibate for three years and I haven’t been on a date in a long time. This doesn’t mean that when I meet someone, I’m going to rush to have sex with the person. I’m going to be celibate until I get married because I know what I went through in the past three years. Sex is going to be like a reward for both of us after we get married. I went through a lot in my last relationship and that’s part of the reasons I’ve stayed celibate because I don’t want to be hurt like that again.” 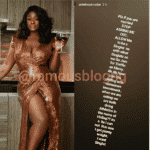 Please share this:
COVID-19: Presidential aide reacts as BBNaija’s Nina claims photo of Buhari at work is an old one