Information Nigeria recalls that Etinosa Idemudia slammed the reality TV star on her Instagram page after Gifty posted that there is no father better than Davido.

“If you want to talk to your father and your two different baby daddies, talk to them directly but please leave our fathers – my dearly beloved father out of it. Trying to even use OBO to settle your family problem. Nice try. If it’s a big deal that a man attended the birthday party of his own son and that has suddenly made him the best father in the world then Omo! Your childhood rough oh. Sorry,” Etinosa Idemudia wrote.

Replying the actress, the reality TV star delivered a savage clapback at the actress and went on to add that men also deserve to be appreciated and celebrated because it’s not easy to be a man. 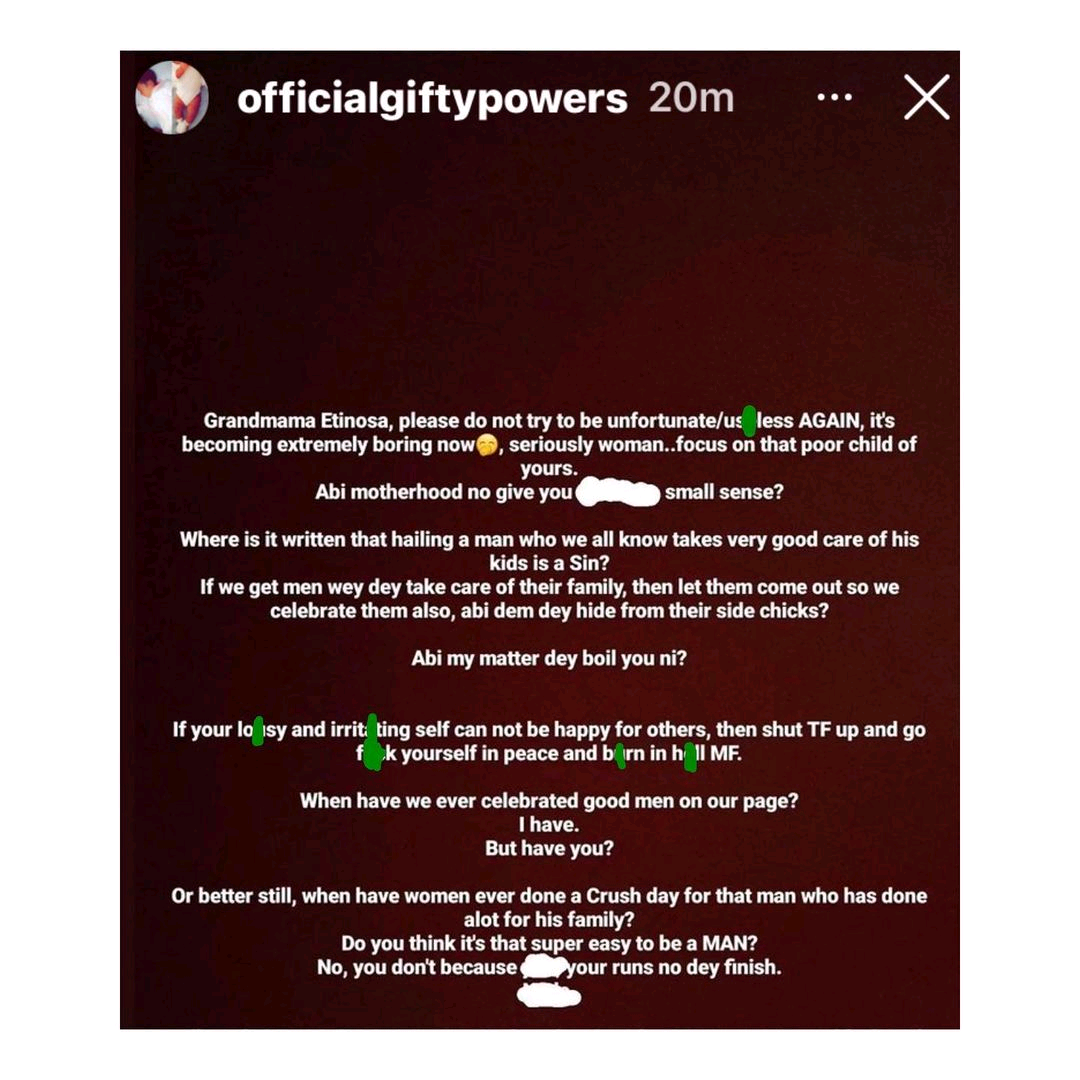 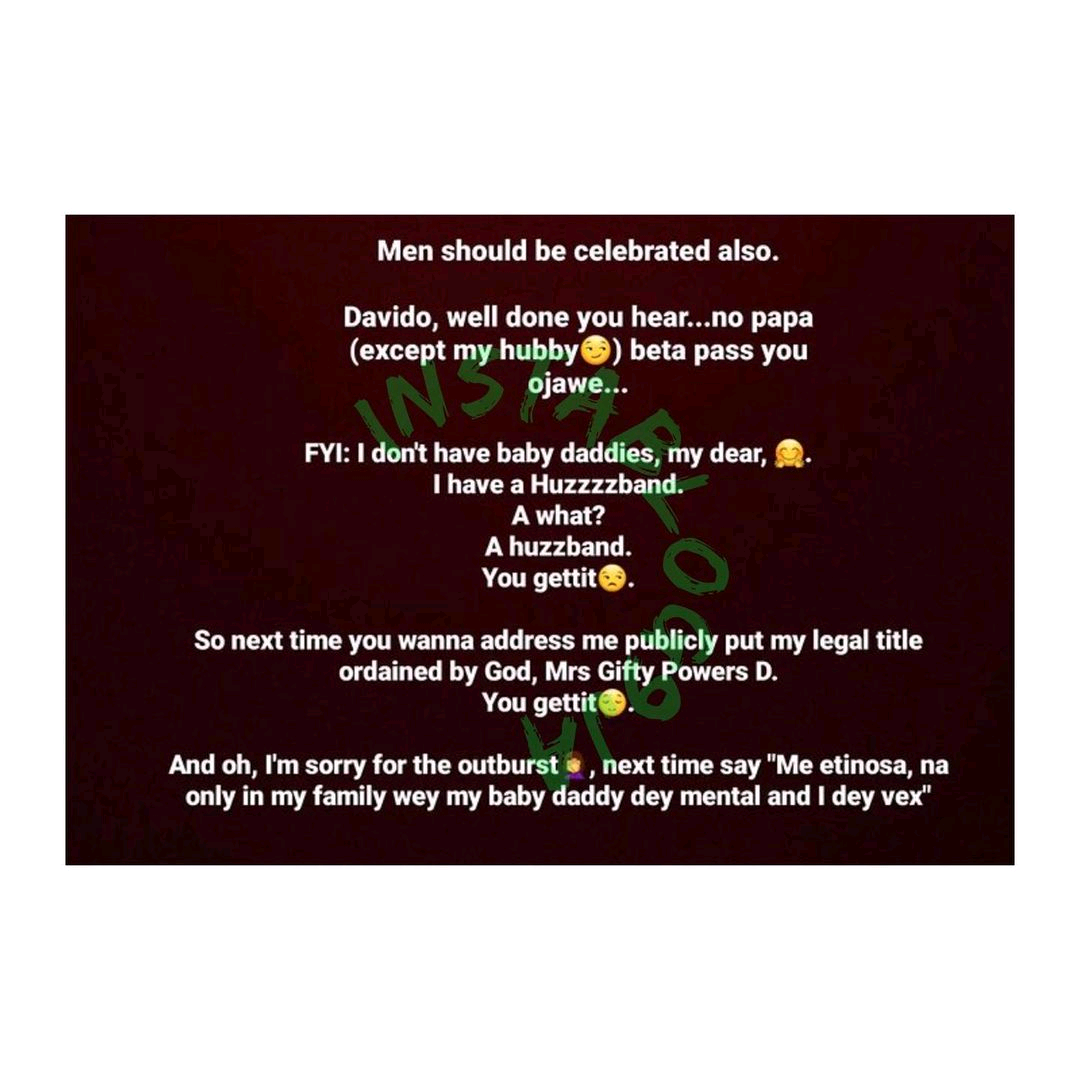 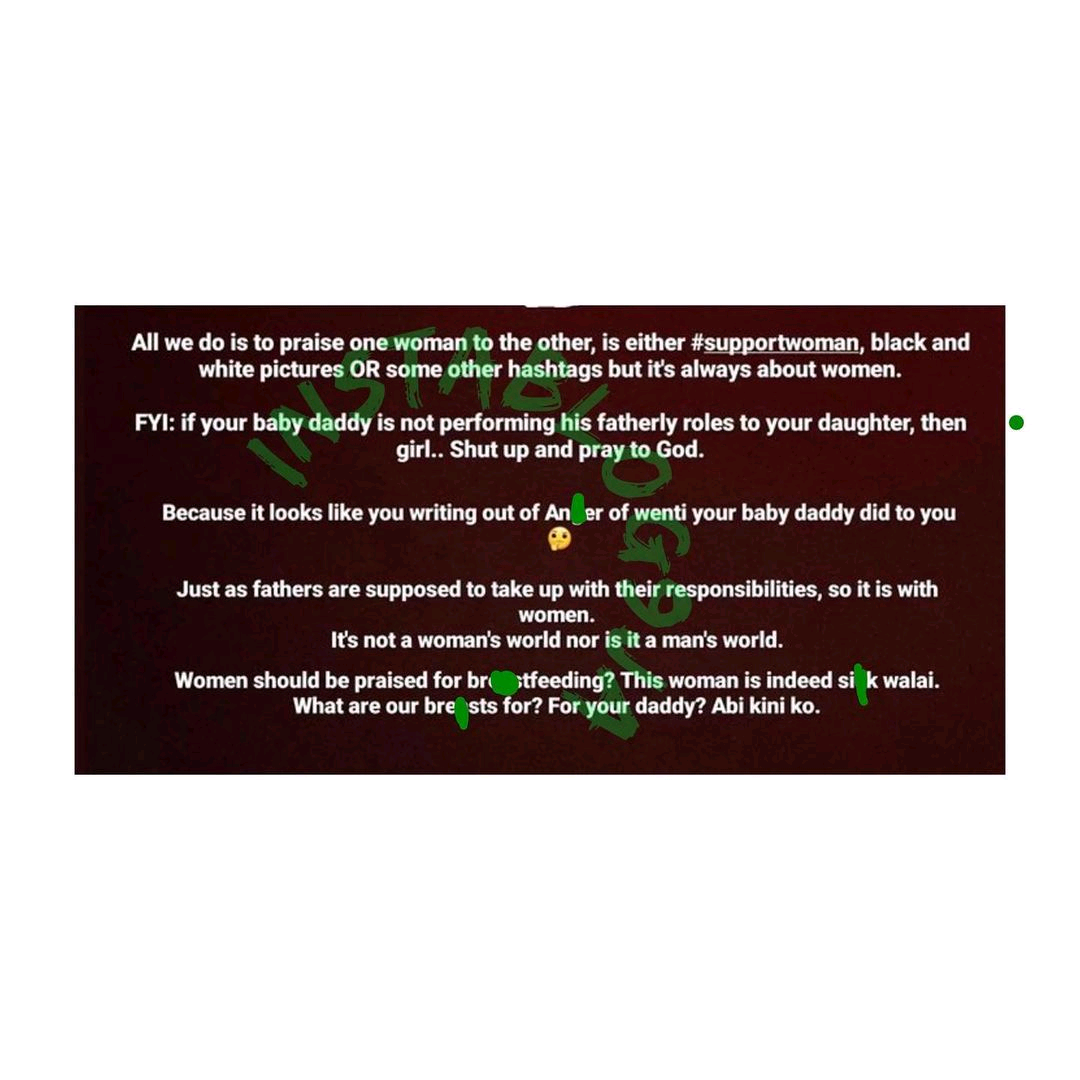