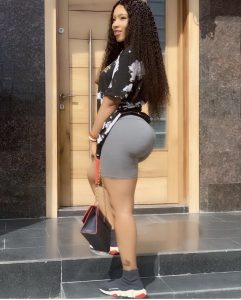 In her conversation with Diana, she said she brought out the sex toy twice to use it but biggie refused to turn off the light and she felt the camera focus was on her, so she could not use it, but will try it out again.

WATCH THE VIDEO BELOW:

Please Share this on:
“I have learnt to use my head more than my heart” – Erica speaks in new interview (Video)