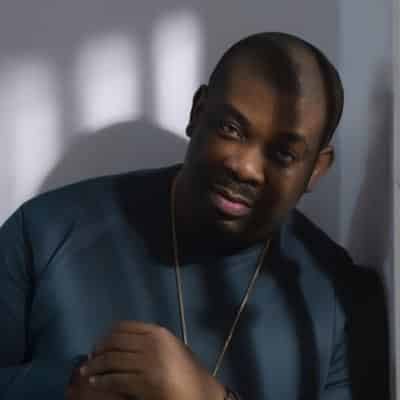 Don Jazzy has reacted to Dencia’s claim of objectifying women over his comment on Mercy winning the 2019 edition of the Big Brother Naija Reality Show.

Earlier, Don Jazzy linked Mercy’s win to her ass, Dencia fired back at him stating that women are more than body parts and she has not seen anyone attributing the male housemates’ win to their dicks.

However reacting to Dencia’s comment, Don Jazzy said he wouldn’t have said such if Jackie had won. According to him, Mercy told him her a*s is her selling point when they met at the Big Brother House. 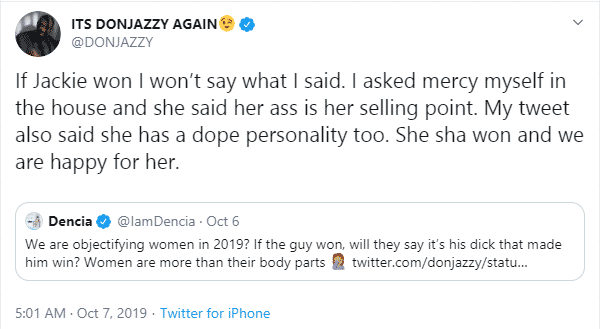