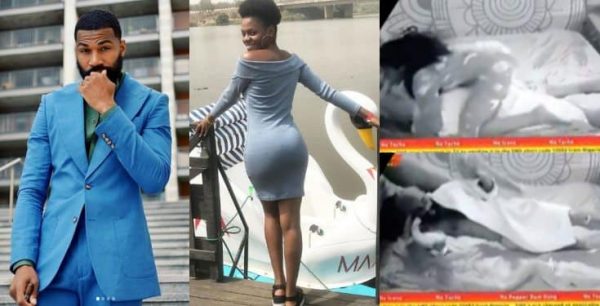 It took the intervention of fellow housemate, Ike, before Jackye, who was already on top of Mike, agreed to leave him alone during the show on Thursday night.

Mike had retired to his bed to sleep after claiming that he was tired but Jackye, who insisted he stays awake ran to his bed to prevent him from sleeping and in the process was all over him.

Read also: Why BBNaija Is A Waste Of Time, Energy And Foolishness On The Part Of The Viewers: Tunde Ednut

Well, people have been insinuating that he touched his manhood in the process so we bring the video for you to judge.

Please Share this on:
“What is my business with bastard Erica, hungry people” – Car dealer reacts after Erica’s management called him out over audio promise (Video)