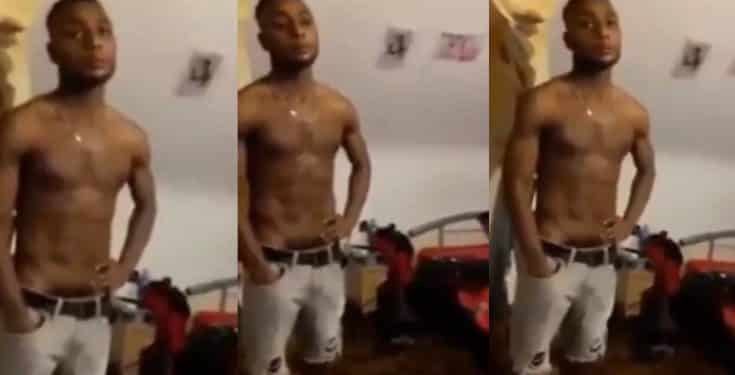 A Nigerian man identified as Shedrach was caught red-handed trying to sleep with his friend’s wife in Germany.

Shedrach who is said to be in good terms with his friend, got his wife’s number after he (friend) called him with her phone.

Expressing his disappointment over the incident, the aggrieved man stated that his friend never took the long journey to see him but to sleep with his wife.

He further wondered how he wants his kids to see him now he has disgraced himself by trying to get down with their mother.

Here is the viral video below;