BBNaija ‘Pepper Dem’ housemate, Nelson recently felt a connection in his pants for his fellow housemate and close pal, Esther. 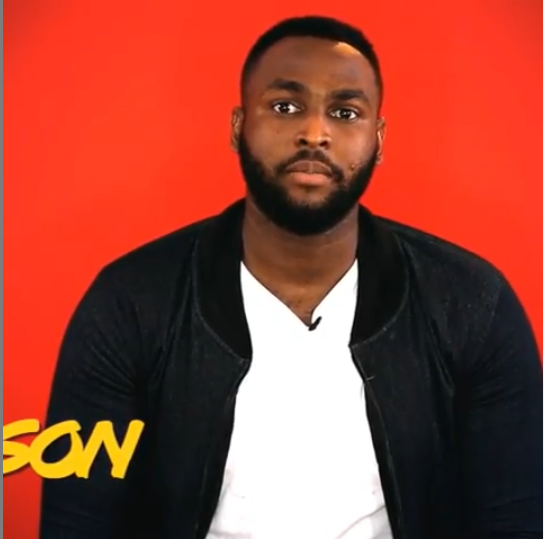 Nelson’s manhood sprang up while having a conversation with Esther. He, however, quickly hid it but it was too late as the act was already caught on camera.

The two, who chose to remain in the friend zone, could be seen grinding against each other during the Saturday party.

Nigerians have reacted to the act, with some saying ‘Body No Be Firewood’.

Sadly, Nelson and Thelma have been evicted from the show.

See the reactions below: 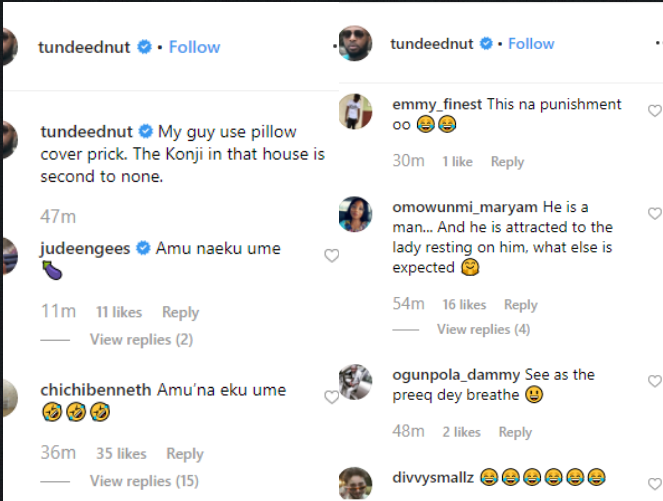 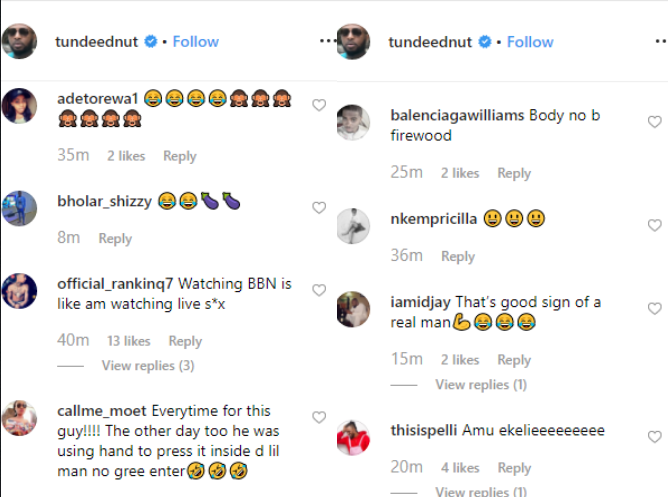 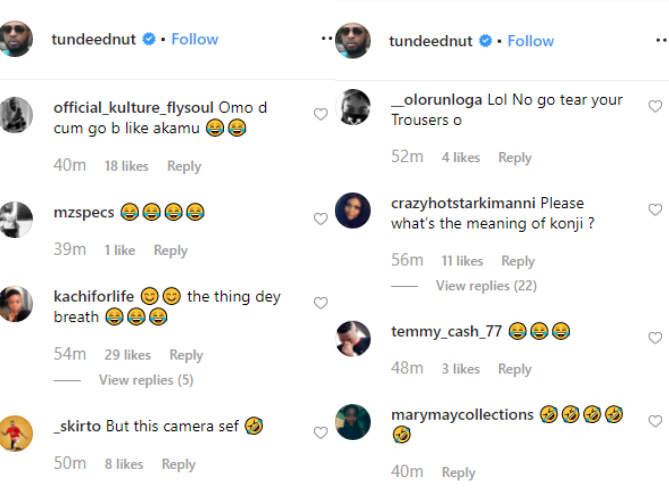 Please share this:
‘Mind Your Business’ – BBNaija’s Khloe Claps At At Troll Who Body Shamed Her